New Zealand is celebrated worldwide for its human rights. Renowned as being the first country in the world to grant suffrage to women in 1893, the first nation to stand up to the United States and ban nuclear-powered ships from her harbors in 1984, the Kiwis have never backed down from difficult decisions. 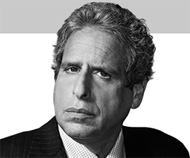 That’s why it’s particularly difficult to see the United States come forward to their ally New Zealand, and purposefully distort facts, withhold evidence, and make the government an accomplice in a massive violation of rights during the crackdown against my client, Kim Dotcom.

Perhaps once considered a beacon for values of personal liberty, in more recent years, the reputation of the United States on rights has sunk to new lows. Following two grinding wars of the George W. Bush era, hopes were high for an improvement. Unfortunately that hasn’t been the case under President Barack Obama, as drone strikes have escalated completely beyond anyone’s imagination, while a massive hunger strike of more than 130 prisoners in Guantanamo Bay, some of them being force fed through nasal tubes, has virtually eliminated the U.S. administration’s ability to speak about international law in any capacity.

However it’s a mistake to think that the failure to close Gitmo is simply an aberration. It represents an attitude among a handful of key U.S. officials, from President Obama to Vice President Joe Biden as well as Attorney General Eric Holder – who happens to be visiting New Zealand this week – that the rights of certain people and businesses can be suspended at their choosing.

The flagrant overreach of the U.S. attack against Megaupload bears all the hallmarks of a digital Gitmo.

Digital Gitmo contains no bars, no barbwire, and no guards. What it does share in common is a total absence of rule of law; the type of exceptional treatment and arbitrary deprivations of rights that are usually reserved for terrorism and threats to national security. Digital Gitmo belongs to no single nation; instead it is a shared perception that the rights of a very small group of corporate and government interests are more important than the rights of everyone else. The deprivation of rights is seen as convenient to the state, which has unburdened itself from the obligation of actually having to prove its case before the courts of law.

But what purpose does the law serve if such frequent exceptions are made?

It’s a fact that U.S. prosecutors misled both the defendants as well as the government of New Zealand. The search warrants were fraudulently obtained, and the spying against Dotcom and other individuals was carried out illegally. An entire business, along with the rightfully owned property of millions of users was stolen before Megaupload or Kim Dotcom were even given one chance to defend themselves in court. Essentially, the U.S. prosecutors made specific decisions to deprive Megaupload and Kim Dotcom of the normal rights of defense, including an absurd worldwide asset seizure to prevent them from retaining defense counsel.

Earlier today the defense team for Kim Dotcom released a new white paper detailing the unlawful handling of this case, and highlighting the political motivations it served by guaranteeing the continuation of campaign financing by the ‘Hollywood lobby,’ including the Motion Picture Association of America (MPAA), among others. When the draconian Stop Online Piracy Act (SOPA) failed – a piece of legislation which would have granted Washington worldwide control over the content of the Internet – the Hollywood lobby openly threatened to cut off campaign financing unless the Obama administration did something dramatic to service these special interests.

What they chose to do was to destroy Megaupload, even though they had to break the law to do it.

Consider for example the fact that Dotcom and his family were planning to travel to the United States only a few months after the chosen date of the raid. The putative defendant had made firm travel plans that the FBI knew about from their illegal spying. He would have stepped off the plane right into U.S. jurisdiction – so why did they deploy the Government Communications Security Bureau (GCSB), two attack helicopters, dozens of armed men, and attack dogs, risking the life of his pregnant wife and her unborn twins while also creating an unnecessary extradition challenge?

The Americans did not share their alleged evidence with New Zealand, and the New Zealand officials appeared to not care. Judging by their haste and willful disregard of local and international law, the authorities appeared only too enthusiastic to be used by the FBI in a raid that was specifically designed to create the impression that this was some kind of dangerous criminal gang.

Was the government of New Zealand particularly eager to assist the U.S. in this illegal campaign because it would please Hollywood? Already we have seen this government generously deliver more than $120 million to the film studios in the form of tax breaks, and has even gone to far as to create special laws to suspend labor rights and allow them to employ New Zealanders at exploitatively low wages.

The Prime Minister of New Zealand has already publicly apologized to Dotcom for trampling over his rights, but unfortunately, now the GCSB’s reaction is to call for an expansion of their spying powers over Kiwi citizens. The facts detailed in the white paper should alarm each and every citizen of this country. Not only does this case set a negative precedent for Washington’s ability to unilaterally censor the global Internet, it carries dark overtones for more authoritarian-inclined nations who can now use the same reasoning to remove content or services or ideas that find “troubling.”

It’s possible that some readers of this publication may not like the larger-than-life excesses of Kim Dotcom, or alternatively, they may not understand him. But that is not sufficient reason for him to have fewer rights of defense than anyone else.

When New Zealand rejected nuclear power and took other stands like rights for same-sex marriage, it did not do so because these issues were universally popular. It did so because it was right.

If reasonable people are willing to read this white paper and fairly consider the facts presented, a real discussion can begin. We do not need to be given anything – all we want is a fair fight for our rights, because a fair fight is one that we can win.

Robert Amsterdam is founding partner of the international law firm Amsterdam & Partners LLP, with offices in London, United Kingdom and Washington, DC. His company is currently working alongside the Rothken Law Firm as they defend Megaupload, Kim Dotcom, and his associates in their ongoing legal battle with the United States and New Zealand governments.