The second reading of the Intellectual Property Bill took place in the House of Commons this week, with parliament debating the finer details on matters covering design rights to the thorny issue of Internet piracy.

The main aim of the Bill, which was introduced late August 2013, is to bring aspects of the law pertaining to intellectual property up to date, with a view to creating greater clarity and accessibility for related industries.

From listening to the debate it’s clear that the politicians present see the Internet piracy problem from four main directions – pirate sites, Internet users, ISPs and search engines. It will come as little surprise that Google came in for a lot of criticism and perhaps even less of a surprise that many politicians seem to have completely absorbed the music industry’s line. They see the search giant as responsible for piracy but doing nothing.

Infringement and the Google ‘monopoly’

Gerry Sutcliffe MP said that he believed that “millions of complaints [to Google] have not been dealt with”, a point underlined by John Leech MP who recalled “the complacent attitude taken by [Google’s] representatives to the whole issue, as though it had nothing to do with them and was not their problem.”

Worryingly for Google, Sutcliffe went on to escalate the matter beyond mere copyright issues, right up to the ‘M’ word.

“At some time, this Government must have a proper look at the almost monopoly status of this huge, multinational, non-UK business and ask whether it is good for our content industries. I have a sneaking feeling that it is not,” Sutcliffe said.

“It is time to call in the Competition Commission: we cannot continue to allow Google to be the gateway to content industries when they do them so much damage.”

Also speaking at the debate was Conservative MP Mike Weatherley, a former record label worker and Vice President of the Motion Picture Licensing Company. He was appointed last September as Prime Minister David Cameron’s Intellectual Property Advisor. Part of his brief is to look at enforcement issues surrounding online copyright and he certainly has some tough actions in mind.

Weatherley noted that the Bill does not currently match penalties for online infringement with those available to punish infringers in the physical world. The point was detailed by John Leech MP, who called for the maximum penalty for digital infringement to be increased to 10 years’ imprisonment instead of the current two years.

“The discrepancy I mentioned is a source of great frustration. For example, the private prosecution by the Federation Against Copyright Theft of Anton Vickerman, who was making £50,000 a month from running a website [SurfTheChannel] that facilitated mass-scale copyright infringement, saw him convicted of conspiracy to defraud and sentenced to four years in prison,” Leech explained.

“This level of sentence would not have been possible if he had been prosecuted under copyright law, but FACT was able to prove conspiracy in his actions. Without proof of conspiracy, a serious criminal could have been left subject to a disproportionately low maximum penalty.”

In addition to bringing parity to the on-and-offline worlds, Weatherley said several other anti-piracy tactics should also be brought to the Bill. 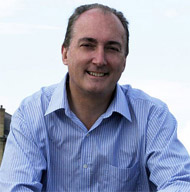 “Another enforcement measure would be to follow the money and stop advertising and payment facilities on websites that host illegal content. Internet service providers and search engines would also be accountable if there was known to be criminality,” he said, highlighting an article he wrote for the World Intellectual Property Organization last December.

Weatherley, who we should not forget is the Prime Minister’s advisor on such matters, continued by revealing just how far he feels the government should go in dealing with the problem, starting with Internet disconnections and ending in a much darker place.

“Ultimately, we need to consider withdrawing internet rights from lawbreakers, along with imposing fines and, as a last resort, custodial sentences,” he told the debate.

Helen Goodman MP countered by stating that a line needs to be drawn between punishing the occasional downloader and those who run pirate sites.

“It is important that we distinguish between 14-year-olds in their bedrooms downloading two or three Justin Bieber tracks on to an iPod and people who make multi-billion pound businesses out of providing illegal material. It is not right to treat the two groups in the same way,” she said.

Clarifying his stance, Weatherley underlined that he did indeed mean prison should be an option not only for those running sites, but those who keep on downloading despite the warnings.

“My point was that, when we get the education right and people understand that stealing intellectual property is wrong, and when the industry has alternative downloading models, if we exhaust fines and other means of stopping persons downloading illegally, we must consider some sort of custodial sentence for persistent offenders and people who operate on a commercial scale,” he said.

The fact that Weatherley is prepared to rank persistent but non-commercial downloaders in the same way as those running commercial operations is a serious concern, especially when the end result for both is a custodial sentence. Whether that will be the current two years in prison or 10 will be a matter for future debate.