The blocking orders are intended to deter online piracy and were requested by the music industry group BPI on behalf of a variety of major labels. Thus far they’ve managed to block access to The Pirate Bay, Kat.ph, H33T and Fenopy, and preparations are being made to add many others.

The effectiveness of these initial measures has been called into doubt, as they are relatively easy to bypass. For example, in response to the blockades hundreds of proxy sites popped up, allowing subscribers to reach the prohibited sites via a detour.

However, as of this week these proxies are also covered by the same blocklist they aim to circumvent, without a new court ruling.

The High Court orders give music industry group BPI the authority to add sites to the blocklist without oversight. Until now some small changes have been made, mostly in response to The Pirate Bay’s domain hopping endeavors, but with the latest blocklist update a whole new range of websites is being targeted.

Last week we reported that Sky had started blocking access to several torrent site proxies, and yesterday it became apparent that this was not an isolated incident. TorrentFreak has received numerous emails form Virgin and BT subscribers who are now unable to access many popular proxies, an indication that these are now covered under the BPI’s list of prohibited sites. 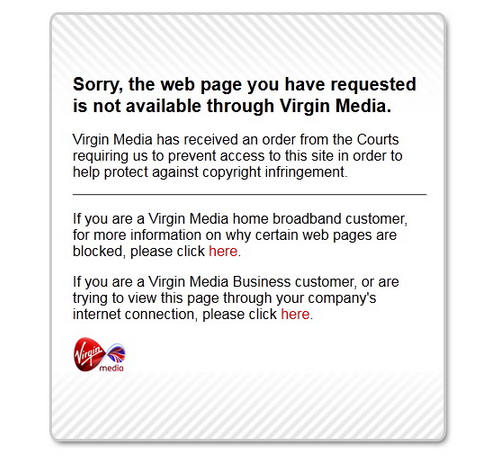 Although the results may not be the same for all providers, the following sites appear to be blocked (in part) now. All sites in this list provide access to at least one of the torrent sites previously blocked by court order.

TorrentFreak talked to Drastik, the operator of the most visited Pirate Bay proxy Pirateproxy.net, who says he’s determined to find a good workaround to make his site accessible again in the UK.

“I never thought the BPI would go this far. I have already started setting up new servers for the blocks. However, I think educating people about alternate methods will be better. I have compiled a list of some good methods on a dedicated page,” Drastik says.

“I will continue to move the site to new servers to keep it accessible,” he adds.

Since the High Court order clearly states that ISPs have to disable access to the torrent sites in question (and the proxies provide this), the recent addition of the proxy sites to the list is not necessarily the main concern.

The problem lies with the fact that these changes are being made in secret without any form of oversight. There appears to be no valid reason to keep the list of prohibited sites away from the public eye, but yet the ISPs nor the BPI are prepared to be open about it.

TorrentFreak reached out to the BPI and some of the ISPs for a comment but we have yet to receive a response.

Update: BPI responded after publication and noted that proxies do indeed fall under the court order. The group does not intent to make the list of blocked website public.

“The court orders obtained in relation to The Pirate Bay cover not only the site itself, but also sites which have the sole or predominant purpose of providing access to The Pirate Bay. It would not be right to allow proxy sites flagrantly to circumvent blocks ordered by the High Court. We do not publish the names of proxies and it would not be appropriate for us to do so,” a BPI spokesperson said.