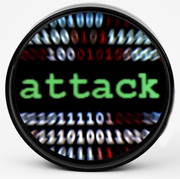 Watching sports in many areas of the world is an expensive pastime. Many events, leagues and matches are marketed and served as exclusives, often with a hefty PPV price tag or subscription requirement attached.

But of course this is the Internet, so if one knows where to look almost any sport can be obtained close to instantly from unauthorized sources.

While Google is often used by stream hunters to find single sites specializing in a particular kind of sport, in common with the torrent world there are indexes dedicated to the job.

One such site is WiziWig, a site that grew out of MyP2P.eu back in 2011. WiziWig is a continuously updated source of links to free streams of NBA, NFL, NCAA, motorsports, soccer and combat sports such as boxing and MMA. Whenever there is a live event, a link can usually be found somewhere on the site.

However, the sport free-for-all came to a halt for a while this past weekend when WiziWig was hit by a DDoS attack. After we were tipped off by another source the site’s admin confirmed that there had been an attack but it had ended late Sunday.

Apparently the hit on WiziWig wasn’t an isolated incident either. In fact, according to a well known live sports streamer who spoke with TorrentFreak on condition of anonymity, attacks over the past 10 days also hit other indexes including FirstRowSports.

But the problems didn’t stop there. The sites mentioned above are indexes which carry links to other sites which actually display the streams, usually via a Flash player embedded in a page. These players, a list of which can be found here, can be up and running in no time but they too have been coming under attack.

“Many players used by streamers on these sites have all been DDoS’d constantly including hdmytv.com, yycast.com and many others. These random attacks which are very large have come out the blue,” TorrentFreak was informed.

“Myself and other streamers have had our streams hit daily and players brought down. Almost every single player has been hit.”

For now there appears to be calm but questions remain. Are the problems attributable to some loose-triggered anti-piracy company taking considerable risks with an almost certainly illegal approach to business? Or (perhaps more likely) is a rival rogue streamer to blame?

For now, that remains a mystery.