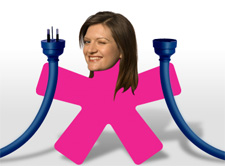 Earlier this week the UK government published the Digital Britain report where they introduced a whole range of anti-piracy measures. They will first try to lower the piracy rate by sending out warnings to those who get caught, but if this fails users’ access to “file-sharing” sites may eventually be blocked.

This might have been in the back of the minds of the Be Broadband users who found out that a variety of torrent sites including The Pirate Bay, Mininova and Torrentz were no longer accessible. It didn’t take long before they started to complain to customer support on forums, IRC and Twitter.

“Why are BitTorrent websites being filtered by my ISP?! Going through a proxy proves they’re up,” customer Andrew Mason hinted to Be Broadband on Twitter, and he was not the only one. Similar reports came in on the Be Broadband forum and the topic of the IRC channel said “Connectivity issues to Mininova and TPB and potentially other remote hosts for some customers”.

So has Be Broadband decided that torrent sites are a no go for their customers? Luckily the support team on Twitter was quick to reassure its customers that the truth is not as evil as it seemed.

“We’re not blocking sites but trying to get to the bottom of the issue now,” the Be Broadband team later replied, with a follow up message later. “On the access to torrent site issue: only certain IPs are experiencing connectivity issues to these sites. Our network team is investigating.”

Be Broadband gave out some more details on their forum writing “There appears to be an issue affecting some of our IP ranges accessing some networks mainly in Sweden and the Netherlands regions. Whilst a lot of the torrent sites may be hosted in this region.”

Since most of the popular torrent sites are indeed hosted there, this does seem to explain why the problem appeared limited to torrent sites only. And since they have many more visitors than most other sites hosted on these networks, a conspiracy is easily born.