In parallel with the sharing that takes place on P2P systems such as BitTorrent, file-hosting sites have also gained in popularity over recent years.

Some of the most famous sites included Kim Dotcom’s Megaupload/Megavideo, its successor MEGA, and the long-defunct German hoster, Rapidshare. In the wake of Megaupload’s demise, many file-hosters considered the market too risky and decided to back out. However, some viewed the shake-up as an opportunity.

A handful of the sites that have continued despite the threats include Rapidgator (Alexa world ranking #779), Uploaded (#517) and 4Shared (#495) but there is another site that has managed to grow bigger than these giants despite flying largely under the radar.

Videomega.tv appeared on the scene in mid-2012 as a basic video upload site but has continued to grow ever since. According to Alexa the site is now the 472nd most popular site in the world, a significant achievement in a little over four years. But despite the successes, there are now signs that all is not well at the video hosting platform. 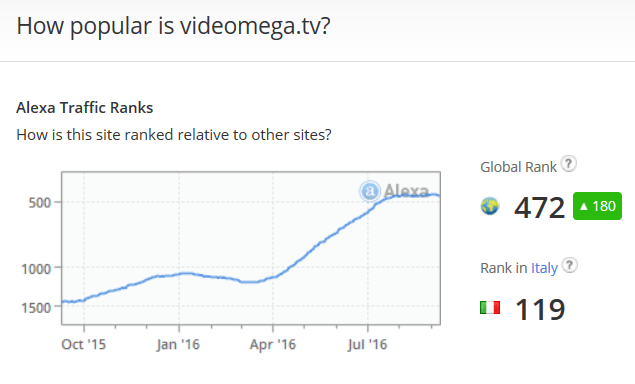 Almost a week ago, Videomega’s main page disappeared. People who visit the domain are currently greeted with a blank page, meaning that no one can upload any fresh content or browse the videos that were regularly posted to the bottom of the main page.

Why the site has disappeared is a mystery that has annoyed many of the site’s users, but none more so than the thousands of uploaders that use Videomega to host huge numbers of files.

Like many sites in the niche, Videomega operated an affiliate scheme, meaning that users who uploaded videos to the site had the possibility to generate revenue from them. Of course, YouTube pays users of popular content too but sources familiar with the site inform TF that Videomega was nowhere near as strict when enforcing copyright complaints as its Google-owned counterpart. 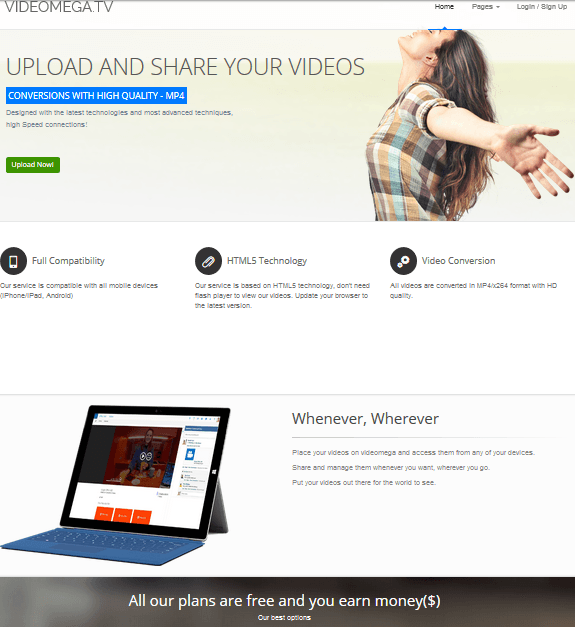 This appears to have made Videomega very popular with operators of third-party indexing sites, who hosted content on the platform and placed links on their own domain in order to generate views. This resulted in affiliate payments ranging from $50 to a few thousand dollars each, or at least it did until recently.

Several former uploaders to the site inform TF that payments used to be made regularly but that has now come to a halt. One, who asked to remain anonymous, told us that the site owes him more than $1000 in fees, while others indicate they’re a few hundred down each.

Furthermore, a few days ago the site reportedly changed the minimum payout from $50 to $100, a move that is being described by some as an early bid to avoid paying smaller affiliates in advance of the shutdown.

The site’s admin, who according to reports used to be easily available on Skype, is no longer online, although one source indicated that he appeared briefly before the weekend only to disappear a few minutes later. The site is reportedly not receiving or is ignoring, emails from uploaders and users. TorrentFreak’s request for comment also remains unanswered.

Strangely, however, some of the site’s videos appear to be loading, despite the main domain showing no signs of life. However, those attempting to view content are first met with instructions to turn off adblockers. This is immediately rewarded with a fake video player carrying scammy ads for a third-party subscription site. 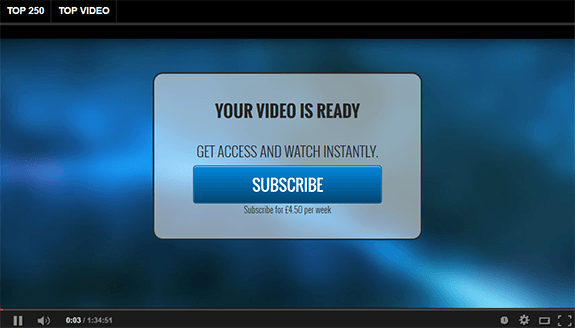 Exactly what has happened to the site or its operator remains unclear. There have been no announcements of any raids or arrests by the usual anti-piracy outfits but clearly something is seriously amiss. People tend not to build up one of the world’s most popular sites only to shut it down on a whim.

For now, however, many uploaders believe they may have seen their many thousands of videos (and thousands of dollars) for the last time, with some even going as far to say that they’re victims of a scam. Whether that is true will remain to be seen but some are on the warpath and have even published photographs of the site’s alleged admin online.