In August 2019, eight men were indicted by a grand jury for conspiring to violate criminal copyright law by running “two of the largest unauthorized streaming services in the United States.”

The defendants were charged with reproducing thousands of copyrighted TV shows and streaming them to customers all over the United States. Jetflicks reportedly had a massive library running to more than 183,000 episodes.

The trial of the other defendants is set to go to trial in the summer, having been recently delayed due to Canadian authorities handing over a trove of discovery material. However, a legal matter involving Jetflick’s Kristopher Lee Dallmann has now provided an early glimpse into how that pirate streaming service was born.

As part of a US Government motion requesting confirmation that Dallmann waived his attorney-client privilege with respect to legal advice he received on the operation of Jetflicks, an FBI agent’s affidavit reveals what was said by Dallmann during the execution of a search warrant on his Las Vegas home on November 16, 2017.

Under questioning, Dallmann told the agent that the FBI misunderstood the nature of Jetflicks, claiming it was an entity providing aviation services.

“[Dallmann] described Jetflicks as a service through which customers could put their personal DVD collection onto a mobile device that could be utilized on aircraft,” the agent explained, adding that Dallman said that Jetflicks provided “minimal streaming services” and that its primary source of income came from digitizing personal DVD collections.

During the interview, Dallmann said that Jetflicks only ever had two customers, who combined paid a total of $80,000. Later, however, the Las Vegas resident admitted to streaming TV shows without permission but said that was permissible under the law since if a complaint was received, he would remove the content.

Following a pause in the interview, during which Dallmann used the bathroom, the tone appeared to change. The FBI agent reports Dallmann as weeping while admitting that he hadn’t been telling the entire truth. The Jetflicks business, or the DVD digitization service at least, hadn’t been successful and as a result, he’d turned to downloading TV shows from various websites and streaming them illegally via Jetflicks.

Dallmann volunteered that he had sought legal advice from an unnamed attorney who told him that Jetflicks could operate legally as long as content was taken down following a copyright complaint. However, Dallmann also admitted to receiving a cease-and-desist notice sent by the MPAA but said that the same attorney advised him to ignore it, dismissing the correspondence as having been “written by an amateur”.

According to the US Government, the illegal Jetflicks streaming operation and DVD digitization project (named as Jetflicks MoVi Entertainment System) ran alongside each other. The premise for the latter was that Dallmann “would contract with private aircraft owners to digitize their personal DVD collections of movies and television shows so they could watch their favorite movies and shows on digital devices on their planes.”

Interestingly, it’s reported that the Jetflicks MoVi Entertainment System was being built with copyright in mind. Promotional material seized by the FBI stated that Jetflicks would need to inspect a customer’s DVD collection to ensure that all original copies were owned before a customer’s new digital system could be populated.

“This aviation-services business, however, never got off the ground,” the motion reads.

“So, Mr. Dallmann and other conspirators quickly realized that it was much more lucrative to run and expand what amounted to an illegal version of Netflix, that is, a service where they obtained infringing digital copies of television shows from pirate sites, processed and renamed those works, and then streamed and distributed them on an unlimited basis to paying subscribers.”

While the aviation business failed, it’s claimed that the defendants used its identity to ensure that banks and payment processors for the streaming business carried on supplying their services.

According to the Government, Dallmann and his co-conspirators told service providers that their business focused on in-flight entertainment, referring them to Jetflicks.com rather than the Jetflicks.mobi domain used by the streaming entity. 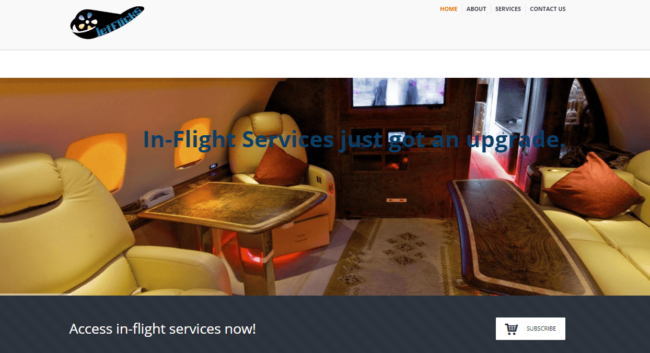 “For example, beginning in November 2016, Jetflicks used a company called Stripe to process subscriptions for the jetflicks.mobi illegal streaming service,” the motion reads.

Dallmann reportedly made a further statement to Stripe, shortly after opening the account, that his “aviation” business had 3,500 active customers. An application for a Wells Fargo account had Dallmann stating his business as “In flight entertainment for private jets.”

The untruths apparently continued when Jetflicks responded to streaming customers who complained that certain TV shows weren’t available on the service. They were told that the service’s “legal department” were negotiating contracts with copyright owners and that in some cases “a lot of red tape” was involved.

One customer who asked about the show True Blood was reportedly told that “Contract renewals and negotiations are in progress with HBO. They have a new HBO-ToGo mobile phone app now… so you can understand how they want it all on their app now. We will keep working on it but nothing moves fast with that sort of thing.”

The trial of the six remaining defendants is set to go ahead in July 2020.