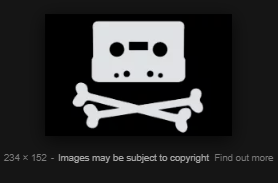 Whether it’s for a school project, a funny meme, or a blog, many people use search engines to find fitting images.

Some of these are free to use, but in most cases, permission from the creator is required to publish photos in public.

The same is true for images that float around on news sites or social networks. It’s easy to make a copy of a photo and use it elsewhere on the web but more often than not, people are not supposed to do so without permission.

This is a cause of frustration for many creators and some are now drawing the line. In the past, we have covered several lawsuits filed by photographers against major news outlets that use their work without permission, but there’s another development worth noting – Pixsy.

Pixsy offers a dedicated product that helps creators to find where their images are being copied without permission. Optionally, they can then request to send a takedown notice, or take it up a notch and demand compensation from the infringer, via email.

The artists see the images Pixsy finds and can ‘submit’ the infringing one for further action. The site will then take care of the rest and only gets paid if the artist gets paid too.

“Once submitted our expert case managers handle everything. From preparation to evidence collection, negotiation, settlements, and payouts,” Pixsy notes. 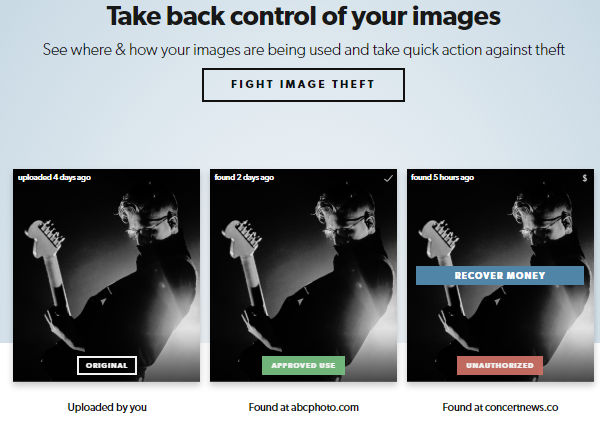 Pixsy officially launched its services in 2014 and has already processed over 55,000 cases worldwide. The company doesn’t specify how many licensing demands have been sent, but they appear to be quite common.

The Internet is littered with mentions of these emails with varying demands. In some instances they’re asking for $750, but we’ve also seen $575 and various other figures floating around, also in pounds.

TorrentFreak spoke to a person who was recently targeted by a Pixsy license request. He prefers to remain anonymous, fearing more repercussions, but we’ll call him Frank. He was utterly surprised when the email came in.

“I had no idea you could get in trouble for taking a picture off Google search results,” Frank told us.

The trouble, in this case, refers to an email requesting hundreds of pounds in licensing fees. The email stresses that the creator of the image hasn’t given permission, and there’s an “evidence report” that summarizes the findings.

The licensing request doesn’t come without a proper stick, however, as Pixsy warns that legal action may follow if the demands are not met within a set deadline.

“In the event that resolution with a license fee is not possible, our next steps are to forward this matter to a legal partner in your local area to secure the highest fees recoverable for copyright infringement,” Pixsy writes.

“These fees include actual damages or statutory damages, and can include legal costs, expenses, costs affiliated with filing a lawsuit, and ensuing litigation.”

The image Frank used wasn’t an actual photograph but a mocked-up Photoshop image that appeared rather generic. When writing this article a reverse image search revealed that it appears on hundreds of sites.

Interestingly, none of the sites credit the author, nor could we find any way to officially license the image.

Despite the strong language, Frank tells us that he has no intention to pay. And he’s not the only one. The letters have been described as an “extortion scam” by some, and others note that the legal threat may not be as imminent as it seems.

That said, it’s no surprise if many of the recipients choose to pay the license fee (as this woman did), if only to get rid of the looming threat of things getting worse.

While not everyone agrees with the tactics, the scheme certainly is a wake-up call that people should not randomly use images they find online. Many creators who struggle dealing with copyright infringing also see it as a useful service.

TorrentFreak also spoke to Pixsy which informs us that they “fight image theft” with the help of 26 different legal partners across the world. They stress that their service doesn’t target all websites randomly. They pick selected targets which seem to be professional businesses, major publications, or government agencies.

In Frank’s case, the professional business was a blog that was set up a few months ago, offering a certain service. Not a typical company, but Pixsy presumably saw it as a legitimate target.

Our source had no experience with creating websites and maintains that he had no clue that the image he used required a license. To avoid confusion, he urges search engines to make this more clear going forward. Most mention that images “may” be copyrighted, but a starker warning could be appropriate.

While Frank doesn’t deny that creators of photos and other images should be able to protect their rights, he’s no fan of Pixsy’s model.

“I think their email threats come across as a scam or extortion. Only after googling Pixsy I could see that other people have run into them and their methods, and most call them copyright trolls.

“I’ve not replied to their emails as I’m hoping they’ll go away to catch bigger fish than little old me,” Frank adds.

“I now believe all photographers need to have a service such as Pixsy as part of their normal business plan,” Heavey told Alpha Universe.

“We have taken action on not only the Netflix case but others as well — some of which I knew about and others I discovered while using the Pixsy platform,” he adds.

Whether any infringements found through Pixsy have ever resulted in full-blown lawsuits is unknown. The company informs us that it can’t provide exact numbers on licensing requests and legal cases.