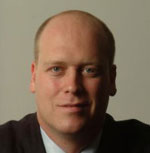 Reading about the case of David M. Fish, this week almost seemed like an action reply of other similar cases of busts in the ‘warez scene‘. Operating between 2003 and 2005, Fish was found guilty of various copyright infringement offenses and was jailed for 30 months with a further three years on probation, which is pretty standard fare in these type of cases.

So imagine if you will, the amazing contrast between Mr Fish’s predicament and that of Tony Krvaric, chairman of the San Diego Republican Party. At first glance, they seem very different – but look closer.

To better appreciate the gap, here is some background on Tony Krvaric, courtesy of a Raw Story report and the Republican Party website:

Born and raised in Sweden, Tony Krvaric was inspired by President Ronald Reagan to come to America. Though only a youth, he vowed to one day become an American and pursue his American Dream. The first step was to start his own business, and in 1992 when the opportunity presented itself, he moved to San Diego.

After becoming a naturalized citizen in June of 2003, he decided to become politically involved. Having seen, first hand, the devastating effects of socialism in Sweden and the rest of Europe, he was determined to stand up for the traditional, conservative values that helped make America great.

So what does a politician have to do with warez? Well, the strange truth is that Tony Krvaric is none other than a co-founder of notorious warez group, Fairlight. Krvaric -who started his cracking career at the “West Coast Crackers”- was in fact one of the most well-known individuals in the Warez scene at the time. Fairlight remained active after Krvaric left in 1993, and several members of the group were eventually arrested by the FBI in 2004.

During Fairlight’s earlier days and their involvement in the Commodore 64 cracking and demo scene, although cautious, the members couldn’t have imagined the punishments that are given out today. Although Krvaric isn’t shy in letting the world know some of his history and present-day situation on the C-64 Scene Database;

Presently works as a full-service financial consultant for individuals and families who share his values – helping them grow, preserve and distribute their wealth. He lives in San Diego with his wife and four children. Is a member of the Republican Party.

The excellent article goes on to list other alleged infringements by Krvaric over the years, and although he appeared to leave Fairlight in 1992, there are suggestions that he was still in charge of the group as late as 2004. It’s not possible to say if this is true or not, but according to sources, the group appeared to be operational in late 2007.

Apparently, Krvaric has now sent an email out to fellow Republicans, trying to calm the waters:

Apparently there’s a hit piece floating around on me, “exposing” my wild high school, teenage years where I was in a computer club where we swapped Commodore 64 games (similar to how kids swap mp3 music files these days). This was in the 80’s, on a computer that’s long since defunct!

[In] 1990 I graduated high school, grew up and started my own business, and then in 1992 I came to this country, continuing the same business (selling computer and video game chips and accessories as well as some nonperishable foodstuffs, taking over my father’s business for a while after he died in 1994) until I left that field when the profit margins became too thin to make any money , around 1997 or so. That’s when I became a financial consultant, which I remain to this day.

I’m sure glad they didn’t look in to my elementary school years, as there’s some really embarrassing stuff that I did in 4th grade. BTW, I also heard a rumor that another fellow committee member (who shall remain unnamed) once made a tape copy of his friend’s favorite vinyl record.

I don’t know who is spreading this but just wanted to let you know what’s going on out there. Likely it’s someone who wants us to take our eye off the ball in 2008, be it the democrats, labor or someone else. Either way, we’re not going to let them get away with it. Thanks for your leadership.

I wonder which way the newly-convicted copyright infringer David Fish would vote – if he was allowed to? Speaking of voting, Krvaric – running for reelection in 2008 – registered his email address with the Registrar of Voters. No-one can accuse him of trying to hide anything, that’s for sure: