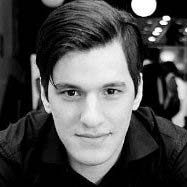 In March 2014, TorrentFreak interviewed an Argentinian designer known only as Sebastian. He had coordinated a project which would to some degree change the piracy landscape with a new piece of software called Popcorn Time.

“As a designer I love the challenge of simplification. Take something hard for the common user and make it usable. I have a lot of friends who don’t understand torrents and I wanted to make it easy and effortless to use torrent technology,” Sebastian told us.

Almost 18 months later Sebastian has now officially broken cover. His real identity has been known for some time, including here at TorrentFreak, but now the 29-year-old designer appears comfortable with identifying himself publicly and revealing his motivations.

“Here in Argentina internet speeds are very slow. And movies are coming too late to the cinemas, up to half a year after the US premiere,” he told DN.no (Norwegian, subscription). (Update: English)

“If you hang out with a girl you can’t say ‘hey let’s see a movie’. You have to agree which movie you should watch the day before and start downloading it a day in advance. I thought there must be a better solution.”

Abad and friends set to work on giving piracy a facelift to make it acceptable to the masses – and his mother.

“It was just too geeky. My mom couldn’t use it. She couldn’t just click and watch the movie she wanted. When i’m designing something, she’s my case study. If she can’t use it, no one can use it. The whole idea was that you should be able to watch a movie by clicking just twice,” Abad explains.

Soon Popcorn Time began to gain traction and interest from fellow developers who wanted in on the action. That went well for a while but then the heat in the kitchen became too great.

Too big, too soon

“The project gathered so much attention that the developers completely freaked out. They said ‘this has become too big for us.’ The entire core team dropped out and I was left alone,” Abad reveals.

Not backing down, Abad managed to rebuild a team made up of contributors around the globe. Soon there were around one hundred people helping with Popcorn Time around the clock.

“We sat up all night and coded. I got scolded by their bosses, who thought that I had stolen their employees. They had concentration problems at work because of the project,” Abad recalls.

Abad also paid the price in his personal life. After devoting too much time to the project his girlfriend left. He made little attempt to stop her, instead spending time with the one he loved – Popcorn Time.

Importantly, money was never the motivation for the project. Abad says that it was “for the lulz” but there were others who recognized its potential.

Criminals wanted a slice of the action

“There were many criminal business offers. They said that we could earn up to $10,000 a week. They offered to give us five dollars every time someone installed spyware and malware that changed ads in a way that channeled the proceeds to them,” Abad reveals.

Others wanted to steal information about Popcorn Time users, including their passwords, and Abad estimates that had they gone along with the offers they could have made $100m.

“We rejected all the offers. We weren’t doing this for the money. We just wanted to provide a good service, not something that ruined people’s machines,” he said.

Nevertheless, Popcorn Time had become much bigger than anyone expected and most of the team were nervous about what might happen if copyright holders became aggressive. But even after using false names and anonymization tools, it soon became clear that they were being watched.

All at the same time, developers on the Popcorn Time team noticed that their personal LinkedIn pages had all received an unwelcome visitor – a lawyer from film studio Warner Bros.

“We do not know how, but he had managed to track us down. We were quite put out. We thought it was a scare tactic. And we were frightened. None of us were anonymous anymore. They knew where we worked and where we lived,” Abad recalls.

Deciding that getting into legal trouble was a step too far, Abad and his colleagues abandoned Popcorn Time on March 14, 2014 and left it to the community to develop it further, should they wish. And develop it they did.

There are now several different forks of the popular software but Abad say he can support only one – the version at PopcornTime.io.

“That’s because the source code is public, I know it does not contain malware and that it works the way it was when we left the project,” Abad says.

Ultimately the Argentinian has no regrets, although his father reminds him he could have been a millionaire.

“I could have been in prison. I’d rather be with you.”