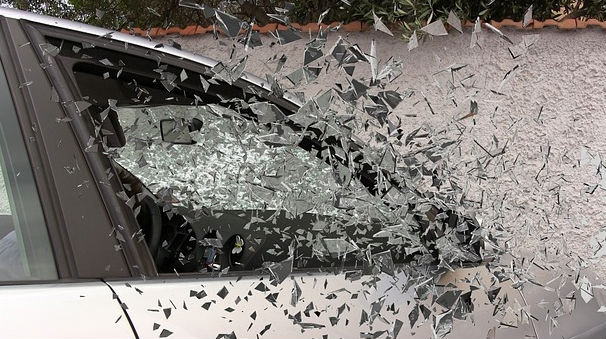 Automattic, the company behind the popular WordPress.com blogging platform, receives thousands of takedown requests from rightsholders.

Unlike many other Internet services the company carefully reviews each notice to see if they’re legitimate. This isn’t unnecessary, as nearly half of all requests are rejected.

This is also the case with a trademark violation Subaru reported earlier this year. The car company spotted a blog by WordPress.com users Sam and Jenna, which repeatedly uses the Subaru trademark.

Subaru informed WordPress.com that it doesn’t condone this kind of “infringement,” citing a violation of the Lanham Act.

“This use is clearly designed to cause confusion, deception, and mistake on the part of individuals visiting the site,” Subaru of America writes.

“This use of ‘Subaru’ name and marks in connection with this website violates [Subaru’s] rights and constitutes trademark infringement and unfair competition under the Lanham Act.”

In addition, the car manufacturer notes that the mention of Subaru in the domain name violates the Anticybersquatting Consumer Protection Act, adding that the domain registrant wasn’t helpful in resolving the issue.

“[Subaru] aggressively protects its trademarks and other intangible assets. To this end, we have informed the registrant of our complaint and have received no cooperation from them.” 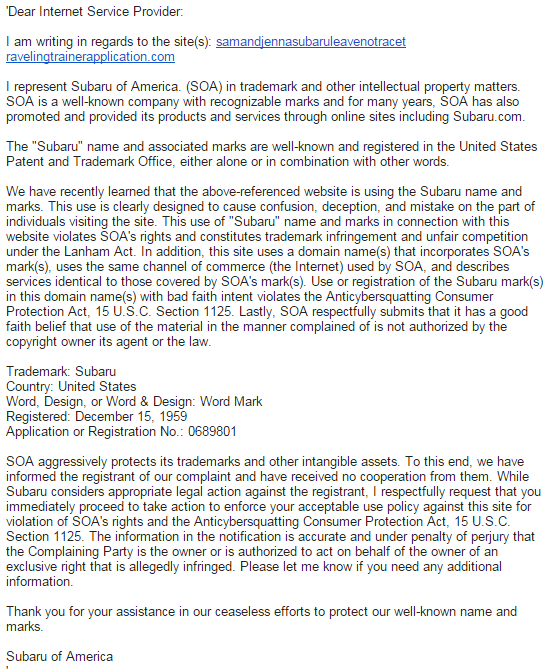 It’s clear that the company is serious about protecting its trademark, but apparently not serious enough to carefully review its own request. As WordPress.com points out, the blog in question is far from a blatant infringement.

Quite the opposite, Sam and Jenna’s blog is a part of the application for the Subaru/Leave No Trace traveling trainer program. In the application Subaru said it’s specifically looking for people who can generate social media content via blogs, photos and videos, which is what the site does.

However, instead of being offered the position Sam and Jenna received a legal threat. In its takedown request Subaru said it was considering “appropriate legal action” against the blog owners while asking WordPress.com to take the site down.

WordPress.com refused and simply forwarded the request to the bloggers, explaining that it wouldn’t take any action.

“We passed along the notice to Sam and Jenna with the understanding that we would not be taking any action against their blog as their content does not constitute trademark infringement,” WordPress.com notes.

Perhaps overwhelmed by the threatening language, Sam and Jenna decided to remove most instances of “Subaru,” the brand which they looked forward to promote initially, from their blog. WordPress.com, meanwhile, awarded Subaru with a spot in its takedown “Hall of Shame.”

So, instead of a Subaru promo page showing up in the top search results, the company will now be associated with a “Hall of Shame” entry. Not exactly the best example of trademark protection.