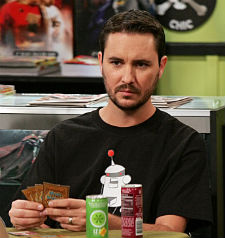 Actor Wil Wheaton, known for his roles in Star Trek: The Next Generation, Lost and The Big Bang Theory made a few interesting comments on his blog.

He says that piracy isn’t as evil as Hollywood claims and believes that Internet providers shouldn’t mess with people’s BitTorrent traffic.

Net Neutrality should be guarded according to Wheaton, who accuses Hollywood lobby groups for wanting to shut is down.

“Personally, I think this is like closing down freeways because a bank robber could use them to get away, which I know is an imperfect comparison, but is the best I can do after a night of not-especially-good sleep.”

Wheaton the goes on to show his readers how to download a Linux distro. And seed it properly.

You can read the rest of Wil’s thoughts on his blog.