In 2007 we reported on the difficulties experienced by comic book tracker, Z-Cult FM. Around since 2004, the site was put under pressure by comic giants DC and Marvel, and eventually took action to remove torrents linking to works to which these publishers held the copyright. The site continued to run until recently but then saddened users received a message from the administrator, Serj, who confirmed their fears.

Along with thanks to the staff, members and supporters of the site past and present, the message explained that Z-Cult FM would be closed down, marking the final chapter of what Serj called the “soap opera” of Z-Cult FM.

So what caused the closure of the site – more pressure from Marvel, more threats from DC? TorrentFreak spoke with owner Serj for the lowdown.

“Well, a decision was just made to call it a day. We had no legal threats since all those ones you covered but the site was dead in the water due to no Marvel or DC comics etc. After Marvel and DC tried to sue us, we decided to remove those [links to] comics, then every other publisher started sending us e-mails so we removed those too. In end we were left with a tracker but not many torrents on it.”

Of course, a site like Z-Cult FM costs money to run just like any other, and this was a factor in its closure.

“The site is costing me cash for a server that isn’t really put to much use anymore so I just decided it was time to call it quits, back the site up and kill the server,” Serj told TorrentFreak. “If we do come back it will be after a little break but that’s just an IF and if we do it will be just a message board,” he added.

There was also an interesting addition to Serj’s discussion with us. Although Z-Cult FM has been operating in the BitTorrent/comic scene since 2004, these days that particular sector is changing – and not for the better says Serj.

“These days most comics are pirated on DC++ or sites such as Rapidshare,” he explained. “Live links are becoming the most popular because uploaders are being paid for the number of people who download their comics from Rapidshare etc, its a sad turn of events in the scene.”

The BitTorrent and comics combination is less popular these days, Serj told us.

“So we are leaving now.” 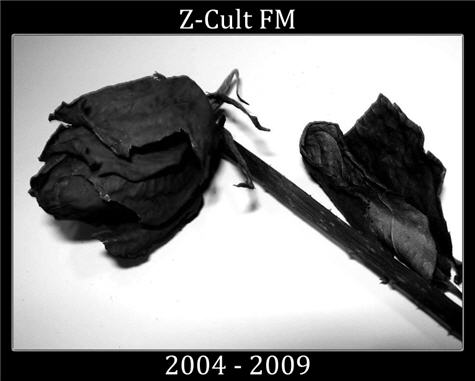 Files Are Not for Sharing