Zona is a Popcorn Time Beater and a Pirate’s Dream

Popcorn Time has had more than its fair share of press since it appeared earlier this year. The tale has enjoyed twists and turns in buckets, not to mention controversy and mystery.

The software was undoubtedly a game changer and the most simple and elegant way of downloading and viewing content using torrents. Nothing came close.

Except all along something else did – and then some.

Let’s not take anything away from it, Popcorn Time is pretty neat, but the software just introduced to TorrentFreak goes much, much further. It’s called Zona and could very well ignite an even bigger storm.

Zona hails from Russia but fear not, its 27mb installer appears in standard English. Getting the thing working is child’s play too, just make sure it’s being allowed through your firewall after setup. If users want it to become their standard torrent downloader that option is available too, but advanced users will probably prefer the flexibility of their regular client.

Once setup is complete, users are presented with the following screen, movies up first. Much of the artwork depicted is pulled from Russian sources, so for non-speakers a reliance on movie covers will be required. If that fails, directly under each movie is the title in clear English. 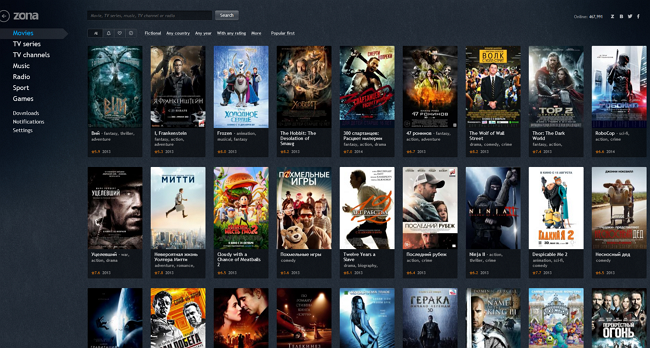 Click those titles and new page will appear, detailing everything people might want to know about the movie including its date of production, iMDb rating, genre, actors (including photos), runtime, and other sundry details. Here’s the page for the Creative Commons movie, Big Buck Bunny. 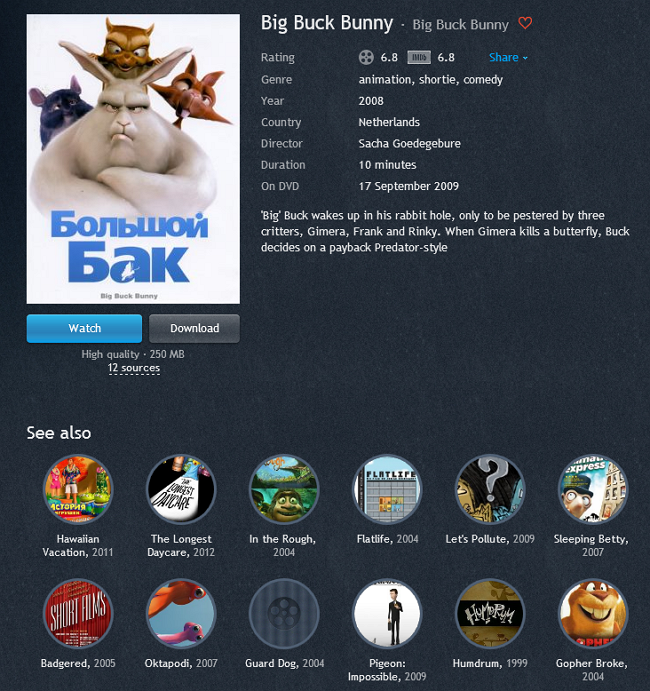 When selecting a movie a choice can be made – to stream Popcorn Time-style, or to download to the PC like a regular torrent client. If the former is chosen there is a wait of between a few seconds and a minute while enough buffering takes place. The movie is first presented in a small non-intrusive window in the left corner of the app, but this can be expanded to any size, including full screen. 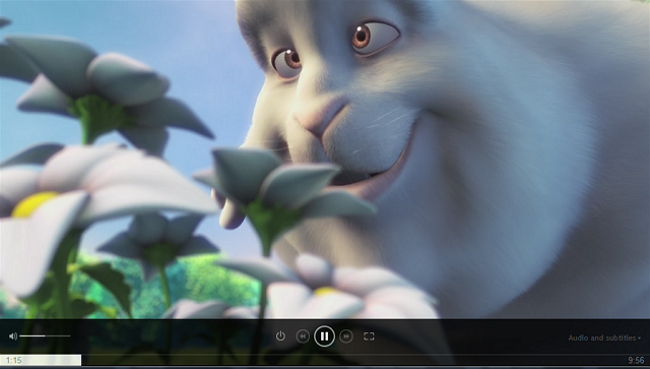 Eagle-eyed viewers will note the ‘audio and subtitles’ text on the bottom right of the window above. This enables switching between English and often Russian audio, plus the toggling of various subtitles.

While Popcorn Time was restricted to content indexed on YTS, Zona has no such limitation. The app appears to have access to many, many thousands of movies pulled from torrent sites around the web. It is not clear where, but random searches hardly ever fail to turn up the required content although sometimes playback can hesitate, possibly due to lack of seeds. That said, a database of 500,000 torrents should be more than enough.

Zona is no slouch on the movie front, but it isn’t done yet. The software also caters to the TV fan and does it with never-seen-before flair. After selecting ‘TV’ from the list on the left, Zona presents TV shows in the same way as it does movies. However, when clicking through to the details screen one can see how it excels, with options to select any series and any episode. Since it’s topical, here’s how the page looks for Game of Thrones. 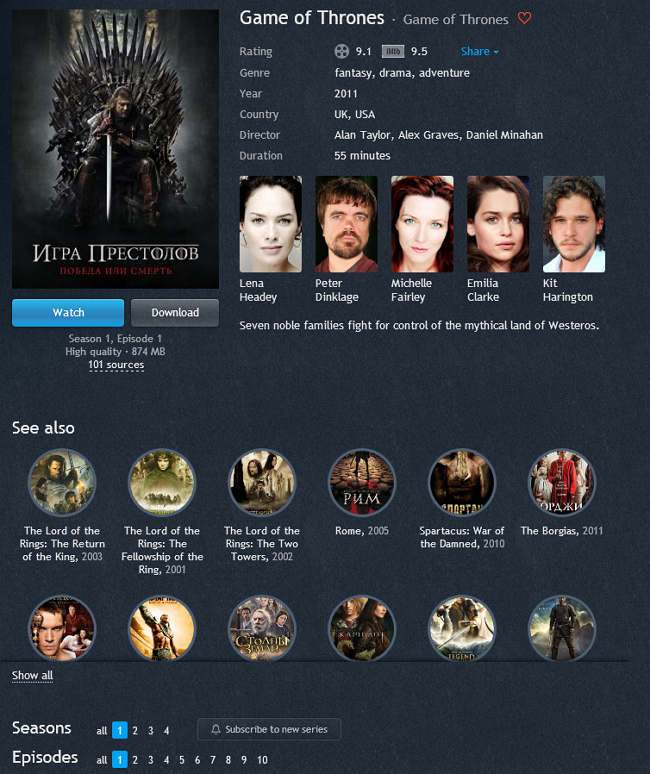 Just below the recommended additional viewing graphics, one can see options to select a series and episode. Clicking on those brings up all of the sources, usefully filtered by video quality. Also on offer is a “subscription” feature, which allows people to subscribe to a series ‘Tivo-style’, leave the software running, and have the content appear when a new episode is released.

Another trick up Zona’s sleeve is its ability to steam live TV from a selection of built in channels. While many are Russian, there are plenty of English language channels too. Covering everything from news, to light entertainment to documentaries, it’s also particularly strong in sport, with free access to UK premium channels including all Sky Sports and BT Sport channels.

After ticking every box on the video front, Zona goes one step further by streaming music too. Users need to quickly sign up for a VK.com social networking account first, but after that almost every track one can think of will become available in the software.

Overall, it’s hard to fault Zona. It looks great and works nearly as well. There’s a huge range of content spanning movies, TV shows and music, and no other app that we’re aware of has as many options and features. It’s not open source, at least that we can see, so one up for Popcorn Time there. But it can stream to DLNA-enabled TVs, so that might balance things up a bit.

Zona can be downloaded from its homepage, or directly here.