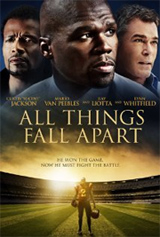 Over the past several years we’ve covered dozens of ‘troll’ lawsuits against hundreds of thousands of alleged copyright infringers.

While many cases have been dismissed in the past, the one we’re reporting on today is quite special.

It started back in March when a lawsuit filed by the Swiss company Contra Piracy targeted individuals said to have downloaded and shared the 50 Cent movie All Things Fall Apart.

Contra Piracy, a claimed non-profit group, said they had monitored 2,919 individuals infringing the movie on more than 280,000 occasions. In order to stop these infringements they said they would need the identities of file-sharers from ISPs.

The Swiss firm didn’t hide the fact that they were nothing to do with the making of the film and they also admitted not being involved with traditional movie distribution channels. Instead, they licensed “BitTorrent distribution” and “enforcement” rights from Los Angeles-based Hannibal Pictures.

Confronted with the case, Chief Magistrate Judge Elizabeth Laporte wondered whether Contra Piracy actually had the rights to pursue this case in court. In one of her orders she noted that a “bare right to sue” for copyright infringement isn’t enough to allow the case to proceed.

Responding to this comment Contract Piracy handed over the rights agreements it had with Hannibal Pictures. The company argued that since they licensed the “BitTorrent distribution” rights, they should be allowed to sue.

However, Judge Laporte disagreed and in an order last week she dismissed the case with prejudice, concluding that Contra Piracy lacks jurisdiction. According to the Judge, Contra Piracy’s only intention is to obtain quick settlements, which means they lack the legal rights to pursue a copyright-related action.

In her order Laporte mentions that when Contra Piracy was asked what options they had to commercially exploit the BitTorrent distribution rights, the company admitted that they had very few, and that they were not actively involved in any.

“Plaintiff’s employee acknowledged that there are little [to no options] and did not claim that Plaintiff engaged in any such commercial use,” she notes.

In addition, the Judge said that the agreement between Contra Piracy and Hannibal Pictures only talks about divvying up the revenue from out-of-court settlements. No legal venues were discussed, and Contra Piracy further admitted that copyright enforcement was central to its business model.

“Plaintiff acknowledges that it is in the business of providing counter-piracy services to copyright owners by accepting assignments of copyrights and suing to enforce these copyrights,” Judge Laporte writes in her order.

Finally, the agreement also makes it clear that Contra Piracy does not intend to take any cases to trial, but that they just want to obtain the personal details of the alleged BitTorrent pirates so they can demand quick cash settlements.

“The agreements are noticeably devoid of any provision for the disposition of any revenues that could be obtained from verdicts or court orders of fees or costs upon success in court, suggesting a business model of using the information obtained from early discovery into the identities of individual defendants to negotiate quick settlements under the threat of embarrassing and expensive litigation without actually litigating claims on their merits,” the Judge explains.

The above leads to the conclusion that Contra Piracy only has a “bare right to sue,” which is not enough to pursue people for alleged copyright infringement. “The case is dismissed with prejudice,” Laporte concludes.

And so All Things Fall Apart for Contra Piracy.

To our knowledge this is the first file-sharing related case that has come to a Righthaven-type conclusion, showing that it’s worthwhile delving deeper into the licence agreements that are at the basis of these mass-BitTorrent lawsuits.