At midnight yesterday a brand new anti-piracy law went into effect in Russia. The legislation, which has been criticized by netizens and companies such as Google and Yandex, was met by a wave of protests.

In total around 1,700 sites and services took part in a SOPA-style ‘blackout’ in an effort to show how the law, which allows for pre-trial blocking of websites, could effect the nation.

A petition against the legislation has also been gathering lots of support. On Tuesday when TorrentFreak spoke with Pirate Party of Russia press secretary Natalia Malysheva, signatures were at 55,000. Today almost 75,000 have made their mark.

The law allows rightsholders to file an official complaint about any sites carrying infringing content or links to the same. Failure to remove that content in a timely manner can lead to entire domains being blocked at the ISP level.

Wasting no time, yesterday a local movie company was first out of the blocks. Distributor Kino Bez Granits (Cinema Without Borders) filed a lawsuit in the Moscow City Court against social networking giant vKontakte.

Company boss Sam Klebanov said the site was carrying copies of five of his movies included titles from Steve McQueen and David Cronenberg. He added that he’d told vKontakte about the problem two weeks earlier but they failed to respond. Vknotakte denied that version of events.

“Cinema without Borders turned to VKontakte with the requirement to remove the movies. We provided VKontakte with a list of our films and asked them to take measures to eliminate our content from their portal, otherwise we would use the mechanisms of the new law and go to court, and we did that,” Klebanov said.

However, everything did not go smoothly.

Along with its complaint, Cinema Without Borders was required to show that the company is the legal owner of the movies in questions. The art-house movie distributor thought that copies of that documentation would suffice, but the court disagreed. The lawsuit was subsequently rejected on the basis of inadequate paperwork.

Vkontakte is yet to comment on developments but has spoken out in the past on the difficulties of policing a site with more than 45 million users, any of whom could upload illegal copies or links to infringing content. 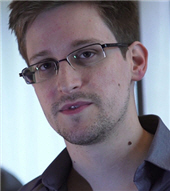 The papers given to him by the Immigration Service not only allow him to live in Russia but also to work there and if vKontakte have their way, he will be doing that under their guidance.

“Edward Snowden – a man who denounced crimes against the citizens of the U.S. by intelligence services around the world – has received temporary asylum in Russia. At such moments, you feel proud of our country and regret towards U.S. policy – a country committed to the principles on which it was once built,” vKontakte founder Pavel Durov said in a statement.

“We invite Edward to St. Petersburg and will be happy if he decides to join our stellar team of programmers at VKontakte. In the end, there is no more popular European Internet company than VK. I think Edward might be interested in protecting the personal data of millions of our users,” Durov concludes.