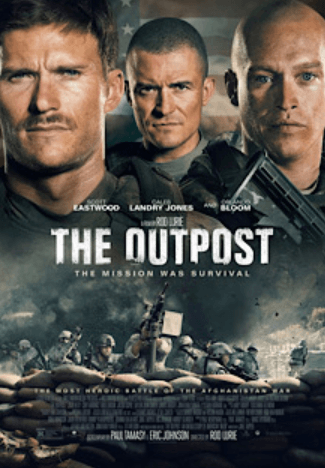 Mass lawsuits targeting Internet subscribers who allegedly downloaded and/or shared copyrighted material have been a common tactic for content companies over more than 15 years.

The targets are nearly always BitTorrent users since without using a decent VPN, they are easy prey for anti-piracy companies.

The practice is widespread in the United States and in many countries across Europe but Canada is also popular with mass litigants, who are often labeled ‘copyright trolls’ due to their tactics.

Statement of Claim Filed in Federal Court of Toronto

Filed on September 23 by Outpost Productions, Inc., the action targets 841 IP addresses allocated to the same number of ‘Doe’ defendants, none of whom are currently known by name to the plaintiffs. It’s alleged that each person downloaded and/or uploaded the 2020 war drama movie ‘The Outpost’ in breach of copyright law.

According to the claim, the defendants shouldn’t be surprised that they are being targeted. After their infringement was detected on BitTorrent networks, they were each sent a notice via their ISPs informing them that they had been observed online sharing the movie. If they stopped at that point, no further action would be taken, they were told.

No Defendants Responded or Took the Advice to Stop

After the first notices were sent out, an anti-piracy company working on behalf of Outpost Productions continued to monitor BitTorrent swarms sharing the movie. During this period, it was possible to determine that the 841 IP addresses listed in the claim were still downloading and/or sharing the content days and in some cases weeks later.

As a result, they were sent a second notice, again via their ISP.

“As a result of each Defendant’s failure to respond to the First Notice and his or her continuation of the Unlawful Acts, a second notice..was sent to the Defendant by Counsel for the Plaintiff after the forensic software detected that the same IP address was offering for upload the same work,” the plaintiffs write.

“This Second Notice indicated that the work had not been removed and that legal action may be taken as against such Defendant. The Defendant failed or refused to respond to the Second Notice and continued his or her Unlawful Acts.”

The claim notes that it is illegal under the Copyright Act to make content available for download, advertise a work for download, and illegal not to take “reasonable, or any, steps” to ensure that the person downloading the work is authorized to do so by law.

At this stage the true identities of the Does are not known by the plaintiffs but the claim notes that their respective ISPs carry time and date logs that allow them to correlate an IP address to the identity of a specific customer.

“The ‘customer’ may be the infringer of copyright, in particular if the assigned IP address is only used by a single device,” the claim adds, cautiously. However, even if the IP address is shared with multiple devices, the customer “should have, and ought to have, the knowledge of who was using the customer’s internet account at the specifically identified date and time.”

While the plaintiffs believe that it will be possible to trace an IP address to an ISP customer, they further note that “further examination of the customer” may be necessary.

Households with an ISP connection often have several users, each doing their own thing on their own devices. This can cause problems when trying to pin a specific act on an individual using the same IP address as everyone else. This eventuality is tackled in the claim by holding the person who pays the bill responsible for the actions of everyone else.

“[S]ome of the Defendants may not be the direct infringer, but through negligence or wilful blindness has authorized others to do the foregoing acts, including the Unlawful Acts. In this regard, the Plaintiff pleads that each Defendant possessed sufficient control over the use of his or her internet account and associated computers and internet devices such that he or she authorized, sanctioned, approved or countenanced the infringements…,” the claim adds.

There are 841 IP addresses listed in the lawsuit and while we haven’t researched every single one, a random sample of around 100 reveals that the addresses are registered to well known Canadian ISPs including Bell, Eastlink, Rogers, SaskTel, TekSavvy, and Telus Communications.

Claim for Injunction and Damages

The main goal in this and all similar claims is for the plaintiffs to receive financial compensation for the alleged actions of the infringers while preventing any infringement from continuing. In respect of the former, that can only be achieved once alleged infringers have been identified by their ISPs.

That is usually achieved via a so-called Norwich Order, which allows plaintiffs to bring an action against an innocent third-party (in this case ISPs) tied up in some wrongdoing to compel them to participate in a discovery process, i.e matching IP addresses to names and addresses, before handing those lists to the plaintiff.

Historically, TekSavvy is the most obvious ISP when it comes to the possibility of protecting its customers from being identified but whether it will put up a fight in this matter is currently unknown.

While the plaintiffs urge the court to prevent the defendants from continuing to infringe, the Doe defendants are being sent a copy of the case by the court, advising them that if they do want to put up a defense, they must do so within 30 days of receiving the claim.

This and Earlier Cases Linked to Millenium Media

As reported in February, more than 3,300 defendants are being targeted in similar actions brought by companies behind the movies Angel Has Fallen and Rambo: Last Blood.

In common with The Outpost, all entities are directly connected to Millenium Media, whose affiliates sued and then reached a settlement with torrent site YTS.

Part of that settlement involved YTS handing over user data to the companies in question, something that is now resulting in alleged pirates being sued in the United States. There is currently no suggestion that YTS data is being used in the present action.

A copy of the Statement of Claim can be found here (pdf, via Excess Copyright)