In the wake of the Megaupload shutdown many file-hosting services reconsidered their options, with some opting to drastically change their business models or even shut down. Whatever the response, the general consensus was to think twice before running a ‘cyberlocker’ in the United States.

Some, however, shrugged off the naysayers and elected to operate from the U.S., putting faith in legislation designed to protect them, such as the DMCA.

One such site, UltraMegabit.com, a file-hosting service operated by Rudy Corella, has been doing business there ever since. Just recently it became clear the authorities had been watching the service, but the situation is unlike most other complaints against file-sharing sites.

The problem stems from alleged breaches of Washington State’s Consumer Protection Act, legislation put in place to protect people against fraud and unfair business practices. According to the Attorney General’s Office, UltraMegabit “engaged in a number of deceptive business practices” contrary to the Act.

These allegations admittedly looks pretty serious on first view but drilling down into the details reveals an interesting picture to say the least.

First off, UltraMegaBit (UMB) is owned by a California-based corporation with thousands of customers, but only a few based in Washington State are affected by the allegations. Like many file-hosters of its kind, UMB has both free and premium customers, the latter purchasing monthly or annual subscriptions for unlimited use of the service. It is these subscriptions that form the basis of the complaint.

The Attorney General’s Office (AGO) says that UltraMegaBit failed to “adequately disclose” that these subscriptions renewed without members’ express approval. Countering, UMB say that members receive an email one week before renewal takes place.

Perhaps unsurprisingly the issue of copyright eventually raises its head, although not in the form of any obvious rightsholder complaint.

Like the majority of file-hosting services, YouTube included, users sometimes upload unauthorized content to UMB, meaning that other users of the service gain access to infringing material. For its part, UMB says that it fully complies with the DMCA to remove such content. 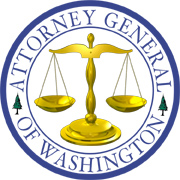 However, the AGO says that by failing to inform users that some of the content available from UMB may be copyrighted, UMB had engaged in “deceptive business practices” contrary to the Consumer Protection Act.

Furthermore, the AGO said that by charging a subscription fee to use the service, UMB had been “implicitly leading members to believe” they were accessing content legally, something that was likely to confuse customers and lead them to unwittingly break the law.

“Ultra Mega Corp’s business model was confusing to consumers who are familiar with companies like Netflix or other companies that charge consumers a monthly fee to legally watch TV shows and movies,” said Assistant Attorney General Jake Bernstein.

“The AGO investigation revealed that the most popular files stored on UMB are copyrighted works, such as TV shows and movies, that members can not legally download,” Bernstein added. “UMB members were unknowingly downloading copyrighted content illegally, opening themselves up to potential lawsuits by content owners, as occurred with Napster and the music industry.”

While the AGO says that UMB’s Rudy Corella agreed to pay $20,000 to settle the case, a statement by UMB support staff suggests that the payment was only made to allow the site to move on.

“We are and always have been compliant with DMCA, and our rebilling model will send an email out one week prior to rebilling. As it is now, any member can cancel their rebill at any time. Rather than drag anything on, we as a company felt to just pay them, so they would get off of our back, and not hound any of our various other ventures we are involved in,” UMB said.

As this process has played out, questions were being asked about who filed the original complaints with the AGO. Many accusatory fingers were pointed at Robert King of the StopFileLockers anti-piracy group, who over the course of the past 18 months has endlessly and publicly accused Corella of copyright-infringement “crimes”.

However, UMB staff say that the Attorney General’s Office probably initiated the case on its own as payback for an earlier case that didn’t conclude to its satisfaction.

“One of the [UMB] owners used to have a business which was sued by Washington, and they never collected anything from that owner; once they heard news about his involvement in a new company, they looked for anything they could to threaten us with a lawsuit,” the staff member said.

“I’m sure [there are people] who will try to profit from this news [thinking] they have something or anything to do with it. Fact of the matter is, they don’t.”

TF spoke with Robert King, who would neither confirm nor deny the accusations.

“In regards to this particular case I cannot comment on this as doing so may impede the advancement of other matters,” he said.