This is the story of Walter Scroogle, CEO of one of the major movie studios in Hollywood.

It begins on Christmas Eve, with Scroogle arriving home late at night. This wasn’t anything unusual, not even on a day like this. The rest of the family didn’t expect anything else and were already asleep in anticipation of the forthcoming festivities.

As Scroogle sits down he suddenly notices a pile of Amazon store boxes in the corner of the room. “Thank God, he mumbles, Christmas is saved.” But it was a close call.

It had been such a hectic week at work. So busy that Scroogle had totally forgot to get this year’s Christmas presents, one of the few things he arranges around the house. Luckily, modern day technology was there to save the day.

Amazon had everything in stock. The new bike for his son. The tablet for his daughter. The earrings for his wife, as well as many more gifts. It took Scroogle roughly fifteen minutes to get all his Christmas shopping done. And with same-day delivery, it arrived a few hours later. “Thank God,” he said again.

While a major disaster had been avoided, there were still a few presents to wrap. Apparently, there are no machines that can carefully wrap bikes. So there he was, at 2am Christmas morning, grumpily making the final preparations for the big day.
Halfway through Scroogle decided to lie on the couch for a bit. Just a short while, he promised himself, not knowing what was to come.

After a minute or two an exhausted Scroogle dozed off into his first dream.

Inspired by what had occurred earlier that day, he dreamt about forgetting the Chrismas presents. While he appeared to be his current self, the world was different. There were no Internet stores or even large malls. He had to drive to at least ten different stores to get what he wanted, and given that it was Sunday, most were closed.

Needless to say, it was a disaster.

The second dream was related to something at work. A few hours earlier he’d hosted a board meeting, discussing the new streaming platform the company had launched that morning. Scoogle was one of the pioneers. He was also the one who hastily decided to pull all their content from third-party platforms, Netflix included. “Everything will be pulled tonight. We want to be exclusive again,” he’s said.

The dream presented Scroogle with the darker side of his decision. It showed several families who, on Chrismas Eve, noticed that their favorite movies were no longer available. Christmas classics were removed without warning, forcing these families to take out another subscription. If the new service was even available in their region.

“Not the best way to spend time on Christmas,” Scroogle thought. 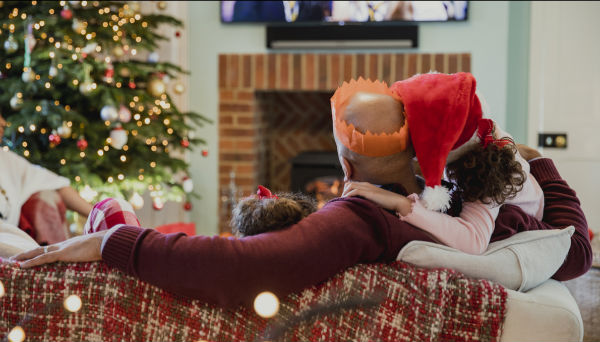 Scroogle was still fast asleep when the third and final dream kicked in. It was the future, apparently, as commercials for the streaming service and next year’s Christmas blockbuster were being shown on a TV. There was a Christmas tree and a family clearly amusing itself. Unfortunately for Scroogle, things didn’t turn out to be so bright.

After the commercial, the latest blockbuster played, but it was not on the company’s streaming platform. Instead, it was playing through what appeared to be some kind of piracy streaming device. “They are stealing our stuff,” he thought. “And on Christmas Day too! These people are cheapskates.”

Then, a deep-sounding voiceover became apparent.

“No, Scroogle, the family actually pays for seven streaming services already. However, their budgets are not endless. The increasing fragmentation in the current legal streaming landscape is pushing people toward these devices. If only they could get it all from under one roof.”

Then Scroogle woke up. At first, he hadn’t really processed what had happened. It was nearly 4am and he still had a few gifts to wrap, those that were so conveniently ordered a few hours earlier and delivered to his house, from one supplier. But, when it sank in, he knew that there was one thing he had to do before the family woke up.

Scroogle wrote an email to the board admitting that he was wrong. “We have to keep all our content on other services and think this through after the holidays. It’s inclusive from now on, not exclusive. People should be able to see our great films without hassle,” he typed.

A year later the new Christmas blockbuster was indeed released. It came out together with a brand new streaming platform, one where users could watch a massive library of all the best classics from the major studios, independents, and other services under one roof. Even the latest movies could be easily played on demand for a small one-time fee.

Streaming records were broken that day, and people were smiling.