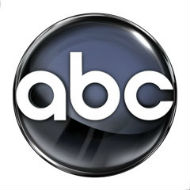 One of the main motivations for people to download and stream TV-shows from unauthorized sources is availability. If fans can’t get a show through legal channels they turn to pirated alternatives.

This is one of the reasons why Hulu and Netflix drastically decreased TV-show piracy in the U.S. Viewers are happy with these legal streaming options, but not all studios see that as a success.

Starting last Monday, ABC began delaying the availability of new episodes on Watch ABC and Hulu. Viewers without a cable subscription or Hulu Plus account now have to wait a full week before they can catch up with their favorite show online.

With this move ABC hopes to generate extra revenue, However, at the same time they are boosting piracy of their shows, and not just by a few percent.

Research by Tru Optik shows that the number of BitTorrent downloads for Marvel’s Agents of S.H.I.E.L.D.‘s winter premiere skyrocketed. The show saw a near 600% spike in United States downloads compared to previous episodes.

The increase can in part be explained by the streaming delay, as there was no significant increase in regular TV ratings or talk about the show on social media.

Other ABC shows were affected by the change as well according to Tru Optik’s data. In fact, all ABC shows saw an increase of at least 50% or more in BitTorrent downloads compared to their last original episode.

TorrentFreak talked to Tru Optik’s Executive Vice President Chris Medina, who expects that the piracy numbers of ABC shows will be up by millions, compared to previous years.

“Every decision a network makes has an impact on the demand and consumption of their content. The data makes it clear that tens of millions more illegal downloads of ABC shows will occur in 2014 as a result of this policy change,” Medina says.

There is no doubt that streaming delays are not in the best interests of TV-viewers. Although it might be a good business decision in the short-term, one has to doubt whether driving people to ‘pirated’ content is a wise choice. To many viewers it is clearly a step backward.

Instead of artificial restrictions the public demands flexibility when it comes to entertainment, and right now video streaming sites and BitTorrent do a better job at this than ABC. This sentiment is also reflected in the comments on Hulu.

“Internet savvy people who want to watch the episode will find a way to do so. They are out there in multiples. This is foolish on ABC’s part because they lose out on advertising eyeballs. By the time the episode shows up, many people will have already watched it by ‘other means’,” one commenter on Hulu notes.

This is not the first time a streaming delay had led to a surge in piracy. In 2011 Fox took a similar decision, which also turned many people towards pirate channels.