FMovies is one of several streaming sites that has grown explosively over the past year. It offers tens of thousands of mainstream movies and TV-shows to an audience of millions of people.

In a complaint filed in the U.S. District Court for the Southern District of Florida, the media company branded FMovies as a classic pirate site, offering unauthorized streams of content they own.

“Defendant’s website is a classic example of a pirate operation, having no regard whatsoever for the rights of ABS-CBN and willfully infringing ABS-CBN’s intellectual property,” the company’s lawyers wrote.

Despite the strong allegations, several months have passed without any response from FMovies in court. As a result, the copyright holder decided to move ahead and file for a default judgment.

“Defendants provide links on their website to instant streams which perform ABS-CBN’s Copyrighted Works. CBN’s copyrighted movies, Defendants’ website then streams and performs the full-length version of the video,” they explain to the court (pdf).

According to the Philippine media conglomerate, FMovies’ operators used its trademarks and copyrighted works to draw in more visitors, generating profit through a boost in advertising impressions. 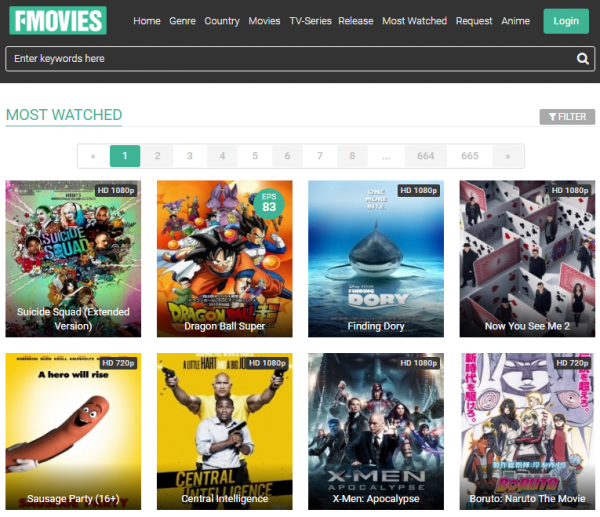 In its request ABS-CBN lists seven copyrighted works, asking for the maximum amount of damages for non-willful copyright infringement. No damages were requested for patent infringement or any other offenses.

“ABS-CBN requests the Court award it $30,000 per infringed work, for a total award amount of $210,000 against Defendants. The requested amount is the highest for non-willful infringement, despite Defendants’ default on allegations of willfulness,” they write.

The media company further asks for a permanent injunction to stop FMovies’ operators from distributing their work and use their trademarks. Additionally, they request an order to sign the FMovies.to domain over to ABS, or for the domain registry to make it inaccessible.

While the proposed damages are not insignificant, they are lower than we’ve seen in similar cases, which raises questions.

Three years ago ABS-CBN itself launched a case against a much smaller streaming site operated by a man from Oregan, who created it for his Filipino wife. While his site only had a fraction of the users FMovies has, the damages amounted to $10 million at the time.

So why request ‘only’ $210,000 here where it could easily be several million? Especially considering the fact that it’s a default judgment where the burden of proof is low.

Finally, it’s worth noting that ABS-CBN titles that were previously available on FMovies are now gone. Many titles that are absent in the lawsuit are also not available on the site either. Perhaps there’s more to this than meets the eye, but without hard evidence it’s best not to speculate too much.