The latter category dominated the piracy scene since the mid-2000s, up until a few years ago. But even today, sites such as The Pirate Bay and ExtraTorrent continue to draw millions of users per day.

But where are these pirates coming from?

In absolute numbers, the United States, Russia and India clearly come out on top. All three are good for roughly three billion torrent site visits per year, mostly due to their large Internet populations. However, when we look at the average number of visits per Internet user a different pattern emerges.

Data exclusively shared with TorrentFreak by market analytics company MUSO shows that in this relative comparison, the United States, Russia and India move to the 69th, 26th and 88th place respectively, while European countries make up most of the top ten.

Latvia, Bulgaria, and Estonia make up the top three, each with more than 50 torrent site visits per Internet user throughout 2016.

Israel is the first non-European country in tenth place. Interestingly, Italy and the United Kingdom are relatively far down, in 46th and 45th place, which may in part be due to widespread site-blocking by ISPs in these countries.

To clarify, a “visit” in this case, means that someone accessed a website and viewed one or more pages. After 30 minutes of inactivity, additional pageviews on the same site are counted as an additional visit.

The data MUSO used to compile the “torrent piracy demand rank” covers over 4,500 of the highest traffic torrent sites in 2016. This includes both international and regionally popular piracy sites.

That torrent sites are relatively popular in Europe doesn’t come as a complete surprise. MUSO previously released data revealing that overall piracy rates are very high there as well. The United States, United Kingdom, and Italy were ranked higher than in the torrent list below, suggesting that other forms of piracy are more popular in these countries.

Below is the top 100. China, Japan, and Korea were excluded from the analysis as the domain coverage wasn’t optimal and countries with an Internet population of fewer than one million people were left out as well. 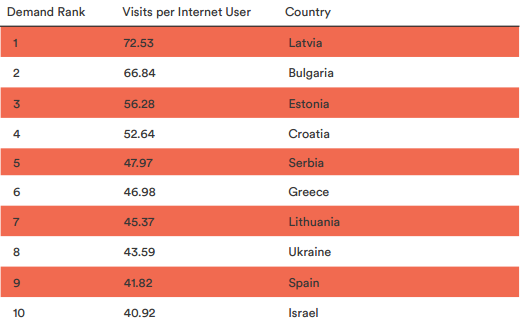 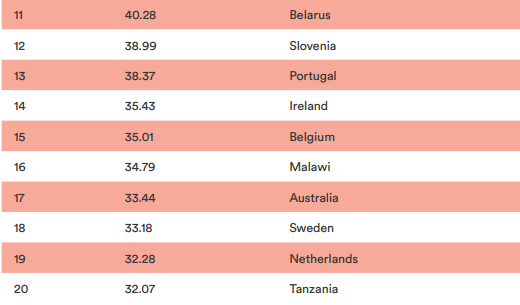 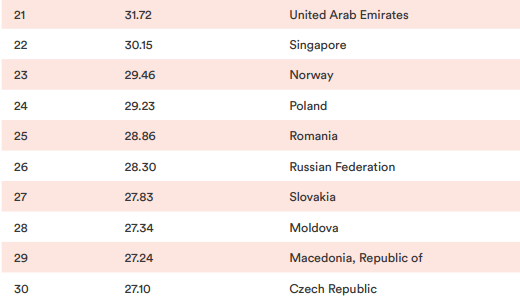 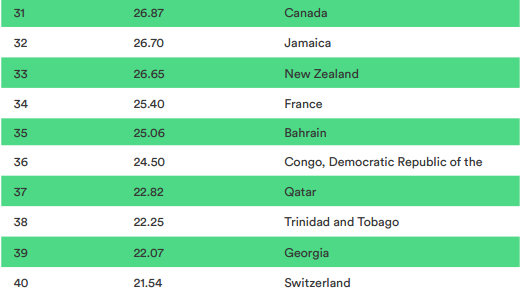 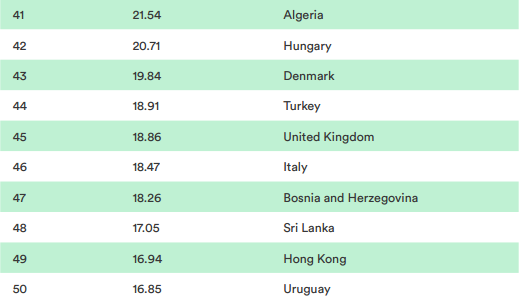 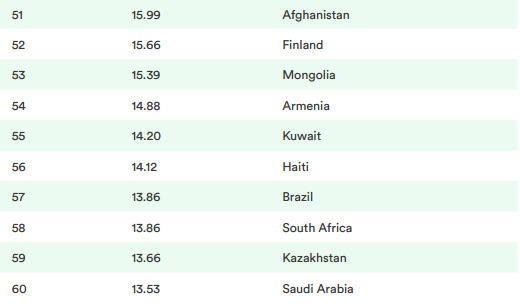 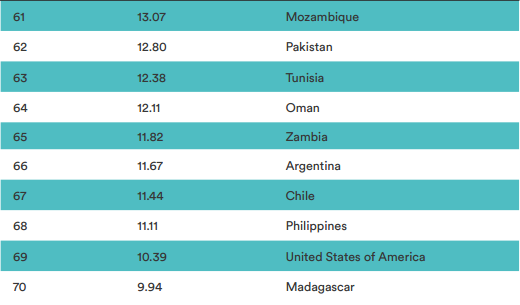 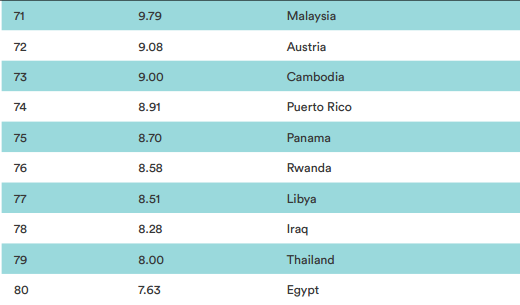 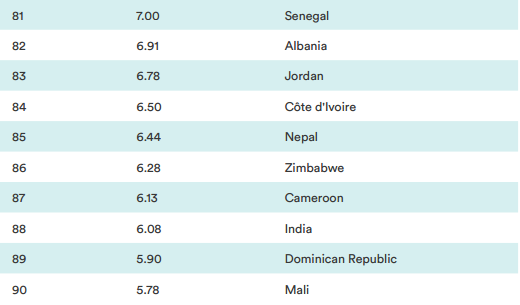 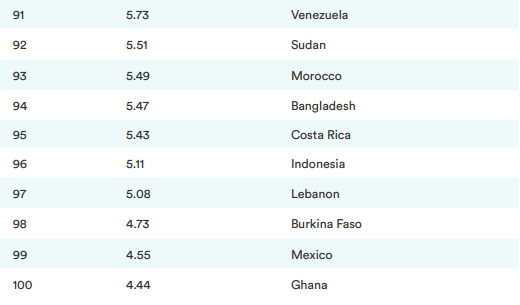