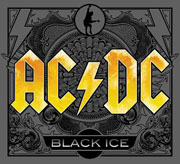 A big name band releasing their first album in 8 years is important, so when AC/DC’s forthcoming album ‘Black Ice‘ leaked onto the Internet last week, it felt like it should’ve been a newsworthy event. But there seemed little to get worked up about because let’s face it, everything leaks these days and this particular leak initially seemed to offer little new.

Then, just one day after the October 7th leak, Undercover ran a story, claiming that Sony was flooding BitTorrent sites with fakes in an attempt to frustrate potential downloaders of ‘Black Ice’. TorrentFreak investigated these claims and couldn’t find any fakes on the most commonly used BitTorrent trackers and it’s pretty certain that fakes wouldn’t exist on any private trackers either. Calls for Undercover to clarify the basis for the claim have gone unanswered.

However, there is something exciting to report in respect of this leak. During the last 5 years when most recording artists have experienced a drop in CD sales, AC/DC have been flourishing, last year selling 1.3 million CDs in the US alone. For a band that hasn’t released any new music for 8 years, never releases a ‘greatest hits’ album and does not sell any of its music online in digital format, this is pretty impressive.

Of course, AC/DC might not want to distribute their music online, but there are plenty of other people who are happy to do so. Since the album leaked to BitTorrent on October 7th, a full 13 days in advance of its worldwide release date, ‘Black Ice’ has been downloaded an incredible 400,000 times, which is a pretty clear indicator that AC/DC fans would like the band’s music in digital format rather than just CD. On Mininova, one of the world’s most popular BitTorrent download locations, four of the top five most downloaded music torrents in the last week are AC/DC.

Other ‘winners’ in the BitTorrent music download charts this week were Keane, coming in at #3 with 80,000 downloads of their album ‘Perfect Symmetry‘ (due to be released officially tomorrow) and Oasis in second position with 100,000 downloads of ‘Dig Out Your Soul‘.

Just this week, Oasis guitarist Noel Gallagher said he believes that the music industry loses around 25% of its profits to piracy. “That’s what was spent on champagne and limos,” he said, adding, “It’s good when record companies panic. They need to streamline. Just like these big banks going under, and those Wall Street idiots driving Ferraris. What about people who had a hurricane rip apart their community? That’s real pressure, my friend.”

Whether artists actually lose money from ‘illegal’ downloads is something that can be debated. However, it is clear that refusing to make music available online will boost pirated downloads significantly. In just a few days the downloads of ‘Black Ice’ on BitTorrent equal a third of all AC/DC’s physical album sales last year. Quite a shocker.