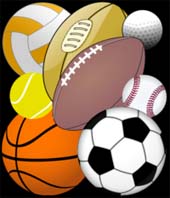 For several years, the Wiziwig forum was visited by millions of people looking to view a broad selection of live sports programming. The site didn’t charge users a penny and gained a fanatical following, but at the dawn of the year it all came to an end.

Citing a change in Spanish law where the site was hosted, on January 1, 2015, Wiziwig closed its doors leaving thousands of users without their sporting fix.

In the wake of the closure TF caught up with the site’s operator who told us that problems had been building for some time, in particular as a result of the English Premier League’s negative interest in the site. In the end the stakes were just too high.

As is common following closures, Wiziwig’s users dispersed to other sites, along with the site’s staff who only learned of the closure shortly before the rest of the world.

“The moderators of Wiziwig had no idea that it was going to close shop. We all got an email about 15 minutes before the public announcement was made,” a former operator informs TF.

While shocked by the announcement, the mods came to the conclusion that even though Wiziwig’s operator had had enough, they hadn’t. Led by around a dozen of the site’s former moderators, in the months that followed a new site began to take shape. Eventually ‘Streamhub‘ was born.

“We came back under a new name. We are not here to ride on Wiziwig fame. Most of the former moderators have joined us here at StreamHub. About a dozen so far,” a site operator informs TF.

“The mods that specialized in their areas at Wiziwig are doing the same here at StreamHub. Most specialize in different sports according to their passions and interests. Some have returned to their specialties in software and technology and P2P streaming; helping hobbyists. Some overlap on both sports and tech.”

While there will excitement among streaming fans that Streamhub is gaining momentum, there are plenty of other options if users want to view free sports content online. However, what most other sites don’t have is the same attitude towards free streaming.

Streamhub – like Wiziwig before it – is a community-driven site dedicated to providing a friendly and information rich platform for both streamers and consumers. The site is also a strong advocate of free-to-air programming, a business model in which sports broadcasters generate revenue from advertising and do not directly charge the end-user.

“This is a part of what I believe to be the larger questions: What is wrong with the current model of sport broadcasting?” Streamhub asks.

“Most of the moderators I’ve spoken to about this issue agree the Internet will be considered the public airways, much the same way as over the air broadcasting is considered today and always has been in most countries. I can’t imagine a world at some point in the future where this isn’t true.

“Broadcasters can not charge viewers for watching television or radio over the air and that should apply to the Internet as well. They receive revenue through advertising and this should (and we believe will) be the case for Internet viewing.”

While it seems highly unlikely that the world’s sports giants (English Premier League included) will be rushing to partner with those currently streaming their content for free, the operators of Streamhub have a tip or two on how to keep their video distribution costs down.

“Most official and unofficial streams today are server-based. Meaning the more viewers watching the more bandwidth is needed to provide everyone with a clear and stable stream. And the more it costs. P2P streaming is just the opposite,” the site explains.

“It’s (free) software based, and the only bandwidth needed by the originator is the bit rate of the stream times three. The more viewers, the more stable the stream as everyone is sharing the load.”

According to Streamhub the best solution currently on the market is StreamTorrent but even that could be improved to meet the requirements of broadcasters if they embraced the idea.

Also of interest is Streamhub’s approach to revenue. According to the site’s mission statement it doesn’t allow advertising and the team informs TF that money is not their motivation.

“We are different because we do not want to make money. We only want to help people everywhere in the world watch the events they are interested in watching. No hidden agendas. No ulterior motives,” they explain.

“Just good people volunteering their time, doing something important to extend freedom and fellowship around the world.”

Whether Streamhub will be able to grow into Wiziwig’s quite sizable shoes will remain to be seen, but with one of the most experienced teams behind the operation the chances are certainly improved. Old foes will start paying attention too, but that won’t come as a surprise and has been prepared for.