In the content protection arena, the term ‘whac-a-mole’ is known all too well. When pirates or their links appear in one place, they can quickly reappear in another.

Another term referencing a similar problem relates to piracy platforms. When a lawsuit directly attacks a site’s ability to operate using specific domains or branding, for example, the ‘hydra effect’ comes into play. Mimicking the creature of the same name in Greek mythology, when one head is chopped off, two more grow back to take its place.

In April 2022, several Hollywood studios and Netflix won an injunction to shut down PrimeWire, a long-standing illegal streaming site that had evaded ISP blocking injunctions all over the world.

The MPA should’ve been given control of all PrimeWire domains within days but the response from registrars ranged from slow to none, meaning that some PrimeWire domains are still operational. Further hindering MPA enforcement measures is the reported growth of a new head on the PrimeWire hydra.

While the MPA has a clear legal win over PrimeWire and its operator, the case thus far shows that when a defendant cannot be physically identified, nothing is straightforward, especially when there’s a determination to continue business as usual.

According to the MPA, a new streaming site called HydraWire.tv claims to be PrimeWire’s successor. The MPA’s anti-piracy team became aware of the site around May 31, 2022, and they’re convinced that PrimeWire’s operators are involved.

The site’s domain was registered on April 21, 2022, one day after the PrimeWire injunction was handed down, and the site’s visual aspects are strikingly similar to those seen on PrimeWire. 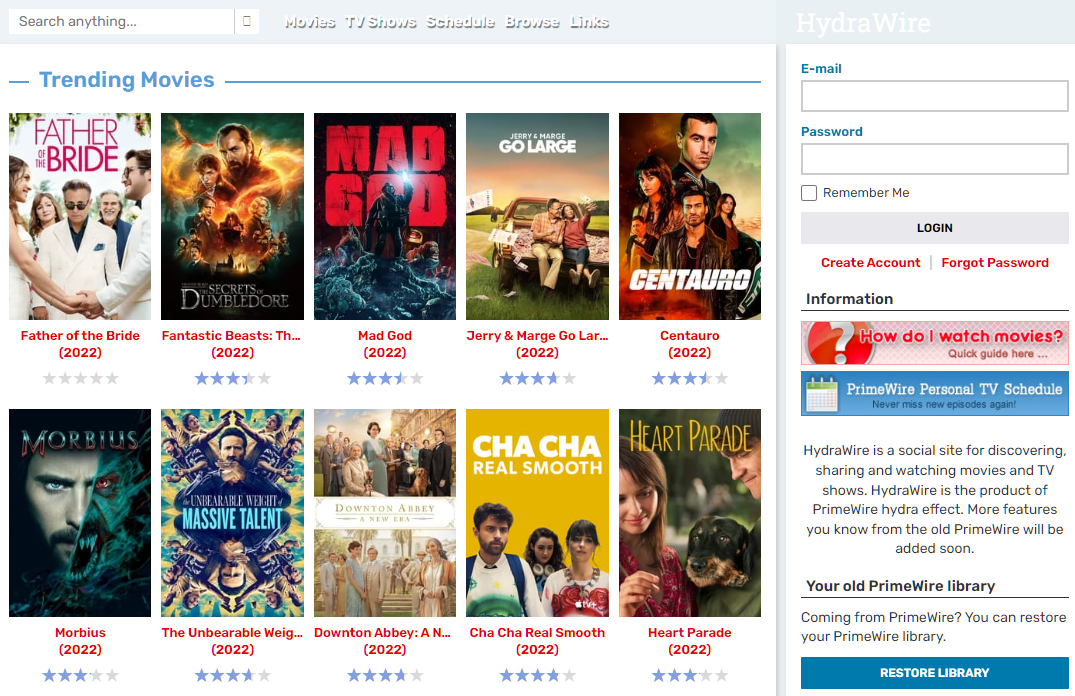 Of course, websites are easily copied so the MPA’s investigation went beyond graphics and text.

Like PrimeWire’s domains, HydraWire’s has hidden registration details and sits behind Cloudflare. Both platforms have the same domain registrar (Sarek Oy) and the same host (FlokiNet) For those out of the loop, these two companies have a reputation for not rolling over easily in response to information requests.

The MPA says that HydraWire mostly uses the same cyberlocker services as PrimeWire to source its video content. HydraWire also has a feature that allows former PrimeWire users to ‘restore’ their PrimeWire libraries on the new platform using CSV files. 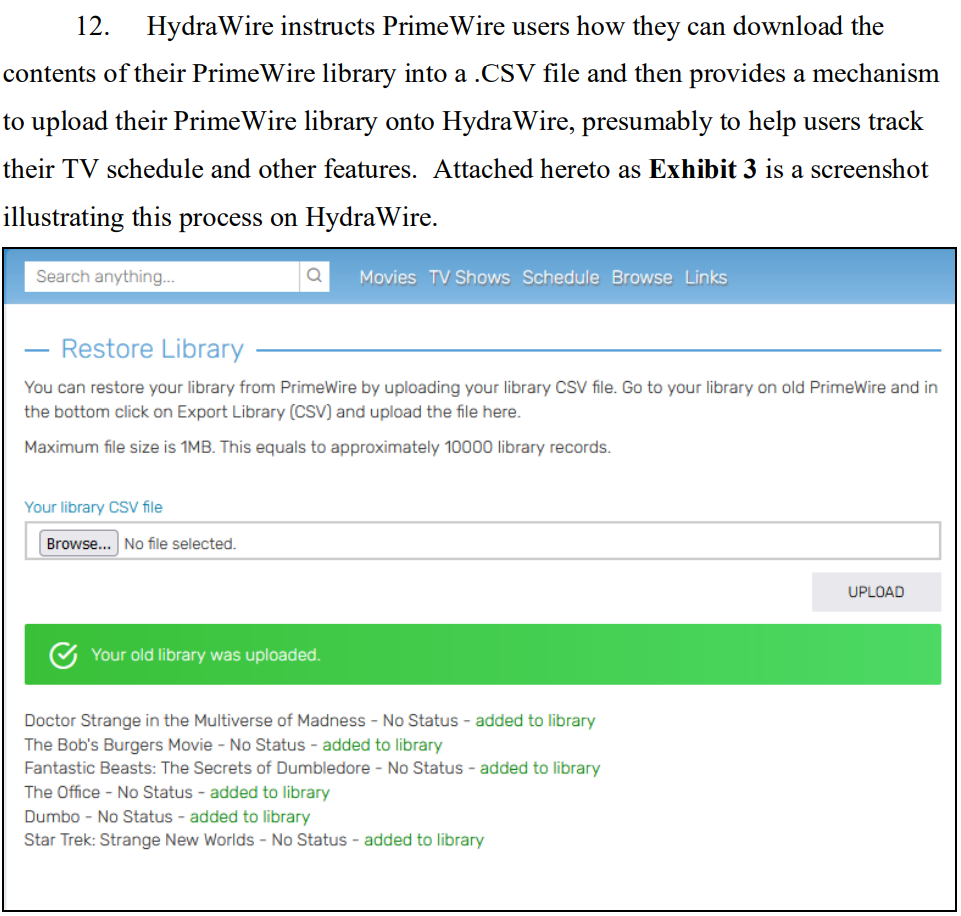 The MPA’s investigators have also been monitoring the /r/primewireli sub-Reddit where posts advertising HydraWire as the PrimeWire alternative were left up and those referring to competing services were taken down.

In summary, the MPA believes that HydraWire is strongly connected to PrimeWire and therefore covered by the existing injunction. As a result, the HydraWire.tv domain should be added to the growing list of enjoined PrimeWire domains.

“Defendants’ choice to name this site ‘HydraWire’ mocks the Injunction and Plaintiffs’ diligent efforts to enforce it. Plaintiffs request that the Court modify the Injunction to add www.hydrawire.tv to the list of enjoined domains,” the MPA informs the court.

The Studios Are Still Entitled to Damages

While the injunction is a valuable tool for enforcement, the MPA also wants damages from the operator of PrimeWire.

The Hollywood group has been conducting damages discovery for some months with the goal of filing a motion for default judgment. It has served subpoenas on third parties to hand over information about PrimeWire’s business dealings, but more time is needed.

“Subpoena recipients have requested extensions in order to provide notice to third parties and to deal with the complexity of searching for advertising revenue associated with particular URLs, as online advertising often involves multiple levels of intermediaries or brokers.”

Efforts thus far haven’t been futile, however. The MPA says that information received suggests that PrimeWire may have been generating “at least five-figures in monthly advertising revenue”, a not insignificant amount – especially to those looking forward to reappropriation.

Finally, the MPA says that HydraWire.tv has at times gone down, only to come back up again. This shouldn’t fool the court into thinking it’s not operational. At the time of writing, the domain is indeed down.

Documents including the proposed amended injunction can be found here (1,2,3, pdf)