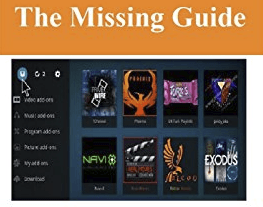 Last summer saw the birth of a new anti-piracy initiative, which has already made quite a few headlines.

A coalition of the major Hollywood studios, Amazon, Netflix and several other media properties teamed up, launching the Alliance for Creativity and Entertainment (ACE).

Their ultimate goal is to beat piracy, with pirate streaming boxes as the main target.

In the months that followed, several third-party Kodi-addon developers received threatening letters in the mail and on top of that ACE filed lawsuits against three vendors of alleged pirate streaming boxes.

Their show of force hasn’t gone unnoticed. It triggered some developers and sellers to lay low or move out of the game entirely. At the same time, fully-loaded pirate boxes are now harder to find at ACE member Amazon, which has removed tens of thousands of listings.

These boxes, which ship with a built-in media player as well as pirate addons, were not always hard to find though.

In fact, Dragon Box, which is now being sued by Amazon and the others, was previously sold on Amazon. This is perhaps what prompted the company to argue as a defense that it had “Amazon’s implied authorization to promote and sell the device.”

Clearly, these Dragon Boxes have now been stripped from Amazon’s inventory, but it’s still not hard to find several alleged piracy inducing items there today.

For starters, there are still hundreds if not thousands of cheap media players for sale. While these may be perfectly legal, reviews of Amazon members show, sometimes with screenshots, how these can be easily set up to run pirate addons.

Arguably, without 24/7 moderation this is hard to avoid. After all, people may also buy a PC on Amazon and recommend people to bookmark The Pirate Bay. Perhaps we’re nitpicking.

What may be more problematic for Amazon is the widespread availability of “Kodi tutorials.” While Kodi is perfectly legal, some of these books go into detail on how to add “pirate” addons. The same tools Amazon is suing Tickbox, Set TV, and Dragon Box over.

One of the many Kodi guides 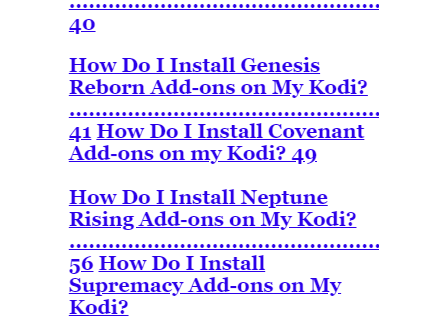 Another book offers help on “How To Install Kodi And The Latest Downloads On Any Firestick” mentioning the addon Exodus, among others. Exodus was famously highlighted as a “pirate” addon by the MPA.

And then there are books discussing how to install a wide range of addons with a “pirate” reputation, including Covenant which is specifically highlighted in the ACE lawsuits as a bad actor.

None of these addons have been declared illegal in court, as far as we know, and writing about it isn’t illegal by definition. But, it is clear that Amazon itself sees these as pirate tools.

This leads to the awkward situation where, on the one hand, Amazon is suing vendors who sell devices that ship with the Covenant addon, while they sell books that show people how to set this up themselves.

We won’t make any judgments on whether these books or addons encourage infringement in any way, that’s not up to us. But for Amazon it’s not a good look, to say the least, especially since part of the profits for these titles go into its own pockets.