After McCoy praised the collaboration between the MPA(A) and Russian authorities in their fight against online piracy, the ‎President and Managing Director of the MPA’s EMEA region noted that pirates are not standing still.

Much like Hollywood, copyright infringers are innovators who constantly change their “business models” and means of obtaining content. Where torrents were dominant a few years ago, illegal streaming devices are now the main threat, with McCoy describing their rise as Piracy 3.0.

“Piracy is not a static challenge. The pirates are great innovators in their own right. So even as we innovate in trying to pursue these issues, and pursue novel ways of fighting piracy, the pirates are out there coming up with new business models of their own,” McCoy said. 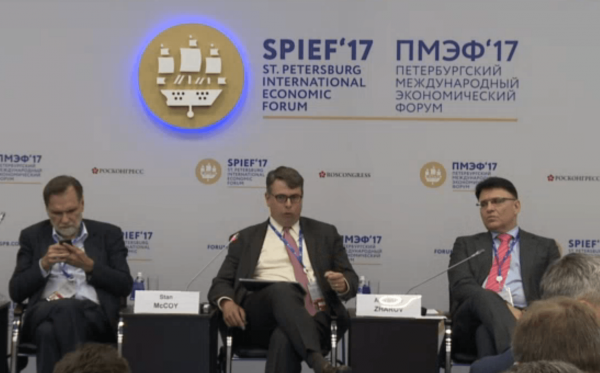 The MPA boss went on to explain how the new piracy ecosystem works. The new breed of pirates relies on streaming devices such as set-top boxes, which often run Kodi and are filled with pirate add-ons.

This opens the door to a virtually unlimited library of pirated content. For one movie there may be hundreds of pirate links available, which are impossible to take down in an effective manner by rightsholders, he added, while showcasing the Exodus add-on to the public.

McCoy stressed that the devices themselves, and software such as Kodi, are ‘probably’ not illegal. However, the addition of copyright-infringing pirate add-ons turns them into an unprecedented piracy threat. 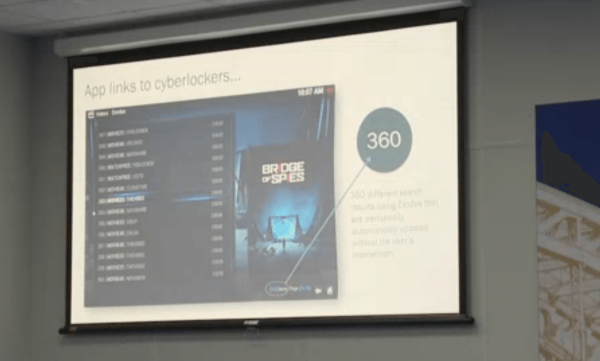 McCoy went on to say that the new “Piracy 3.0” is not that popular in Russia yet. However, in the UK, America, and several other countries, it’s already huge, matching the popularity of legal services such as Spotify.

“The result is a pirate service operating on a truly massive scale. The scale of this kind of piracy, while it’s not huge yet in the Russian Federation, has reached epidemic levels similar to major services like Spotify, in markets like the UK, and other markets in Western Europe and North America.”

“This is a new sort of global Netflix but no rightsholder gets paid,” McCoy added.

The MPA chief stresses that this new form of piracy should be dealt with through a variety of measures including legislation, regulation, consumer education, and voluntary agreements with third-party stakeholders.

He notes that in Europe, rightsholders are backed by a recent decision of the Court of Justice, which outlawed the sales of devices with pre-loaded pirate add-ons. However, there is still a lot more work to be done to crack down on this emerging piracy threat.

“This is an area where […] innovative responses are required. We have to be just as good as the pirates in thinking of new ways to tackle these challenges,” McCoy said.