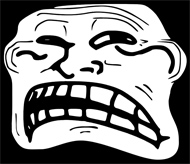 It’s been a long time coming but finally the highly questionable actions of copyright trolling company Prenda Law are being laid bare.

The company has subjected hundreds of individuals to intense misery with their actions so it was no surprise that a few hours ago Twitter was alive with people eagerly waiting news of a Prenda bloodbath.

Although there was no immediate execution, the crowds didn’t go home disappointed. Developments were relayed in detail by Ken at Popehat who described the Los Angeles courtroom as playing host to “one of the most remarkable hearings I have ever witnessed.”

The subject of the hearing was Judge Wright’s Order to Show Cause, which gave former Prenda counsel Brett Gibbs opportunity to show why he and other members of the Prenda outfit should not be sanctioned for misconduct.

Ken reported a packed courthouse with the press, Electronic Frontier Foundation and former Prenda victims all in attendance. Gibbs turned up too but John Steele, Paul Hansmeier, Paul Duffy and paralegal Angela Van Den Hemel of Prenda did not, despite being ordered to do so by the judge.

Proceedings were started by Judge Wright who turned to a deposition submitted by Prenda’s Paul Hansmeier. “There was so much obstruction in this deposition that it’s obvious that someone has an awful lot to hide,” he said.

Prenda did have an attorney present but she didn’t have much to do. Heather Rosing offered to get the Prenda guys to participate via the phone, but the Judge didn’t take up the opportunity.

Someone else physically in the court room was Alan Cooper, a former employee of John Steele who accuses Steele of stealing his identity for use in Prenda cases. Cooper said that Steele had told him he wanted to make $10,000 a day from alleged downloaders but he didn’t know much more about the plan. Cooper noted that he’d never been involved in the scheme and that signatures purporting to be his were faked.

Cooper also told the court what happened when his lawyer Paul Godfread informed Prenda that he would sue over the theft of his identity. Quickly John Steel was on the telephone time and again, texting and leaving messages. Some of those messages were played for the court.

“On hearing the voice messages, I thought there was only one reasonable interpretation,” says Ken at Popehat.

“John Steele was trying to menace and intimidate Alan Cooper to get him to back off from talking about John Steele’s use of his name. By the end of the calls, there was a stunned silence in the courtroom, and I suspected that many spectators were sharing with me a deep sympathy for Mr. Cooper and an abiding sense of revulsion for John Steele.”

And then Prenda’s position got even worse.

Judge Wright had earlier put a stop on Prenda obtaining the personal details of alleged file-sharers from AT&T and Verizon and had ordered Prenda to inform the ISPs of his order. Prenda insisted that they had done so but that was contested. Lawyers for the ISPs took the stand and said that Prenda had never given them Judge Wright’s order and had continued to press for customer identities instead. Verizon actually handed them over.

“Judge Wright made Gibbs admit that Gibbs found out that the ISPs had produced documents to Prenda Law after Judge Wright’s order, and never updated the court about that or amended his prior status report to the court,” explains Popehat. “To put it mildly, Judge Wright was not happy about that.”

In a further deterioration, Judge Wright addressed the maze of Prenda “clients” and noted that none of them made any money.

“The only entities getting funds are law firms,” he said, suggesting that by hiding their true interests in these cases Prenda were violating federal rules. Judge Wright later quipped that the seven hour-long deposition of Prenda’s Paul Hansmeier revealed nothing of any use. “Mr. Hansmeier has no knowledge of anything,” he said.

Attention then turned to Paul Gibbs who described himself as a legal contractor to Prenda Law. Unsurprisingly his relationship with the company was also less than straightforward, with Prenda also using Gibbs’ name without permission on settlement claims sent to alleged file-sharers.

After getting no joy from his request for the activity to stop Gibbs said he quit and handed over the cases to Prenda’s Paul Duffy, but Gibbs knowingly allowed Prenda to use his phone number and email address in other cases and offered help to other lawyers. “That doesn’t sound sensible to me,” said the Judge.

IP address evidence was also touched on. Judge Wright questioned Gibbs on how alleged downloaders were identified and concluded that his methodology was entirely insufficient.

And thanks again to Ken at Popehat for relaying this next gem. During the hearing a member of the audience asked to be heard, an apparently unusual event. Rather than being admonished by the Judge he was allowed to speak. He explained he was an attorney for Paul Godfread, Alan Cooper’s attorney, and gave some information on Paul Gibbs which appeared to contradict Gibbs’ earlier testimony.

“Have you noticed that every representation made by a lawyer with Prenda Law is not true?” responded Judge Wright. Ouch.

So what does all this mean? The general consensus is that Prenda are in big trouble, but we’ll have to wait to find out exactly how much when Judge Wright files his response in due course.

“[Judge Wright] could probably sanction the Prenda Law parties under his inherent authority based on their supervision of Gibbs. But I suspect Judge Wright will go further than that, with criminal referrals and messages to various state bars,” Popehat notes.

“There could also be further orders to show cause, or even bench warrants. Judge Wright didn’t seem inclined to give them warning. But every indication is that they are in real legal peril.”

If the remarks on Twitter last evening were anything to go by, no one outside Prenda themselves will be disappointed if the punishments are as harsh as possible. To be disliked is not uncommon, but Prenda appear to have not a single supporter, an indication of how reviled they have become.