With hundreds of thousands of registered users and millions of regular visitors, the pirate TV-streaming community S.to is a force to be reckoned with.

The site targets a German-language audience and currently lists more than 750,000 streaming links to well over 5,000 TV-series.

This public display of piracy is a thorn in the side of major copyright holders. This includes the anti-piracy coalition ACE, which counts Netflix, Amazon, and several Hollywood studios among its members.

In recent weeks, ACE has obtained several subpoenas to compel Cloudflare to hand over all information it has on dozens of pirate sites. This effort continued recently, but this time it’s directed at Tonic, the official registry of the .to domain name, with S.to as the single target.

While .to is the top-level domain of the island kingdom of Tonga, the Tonic registry operates through Tonic Domains Corp., which clearly has a U.S. presence with a California address. As such, it will generally fall under the jurisdiction of US courts. 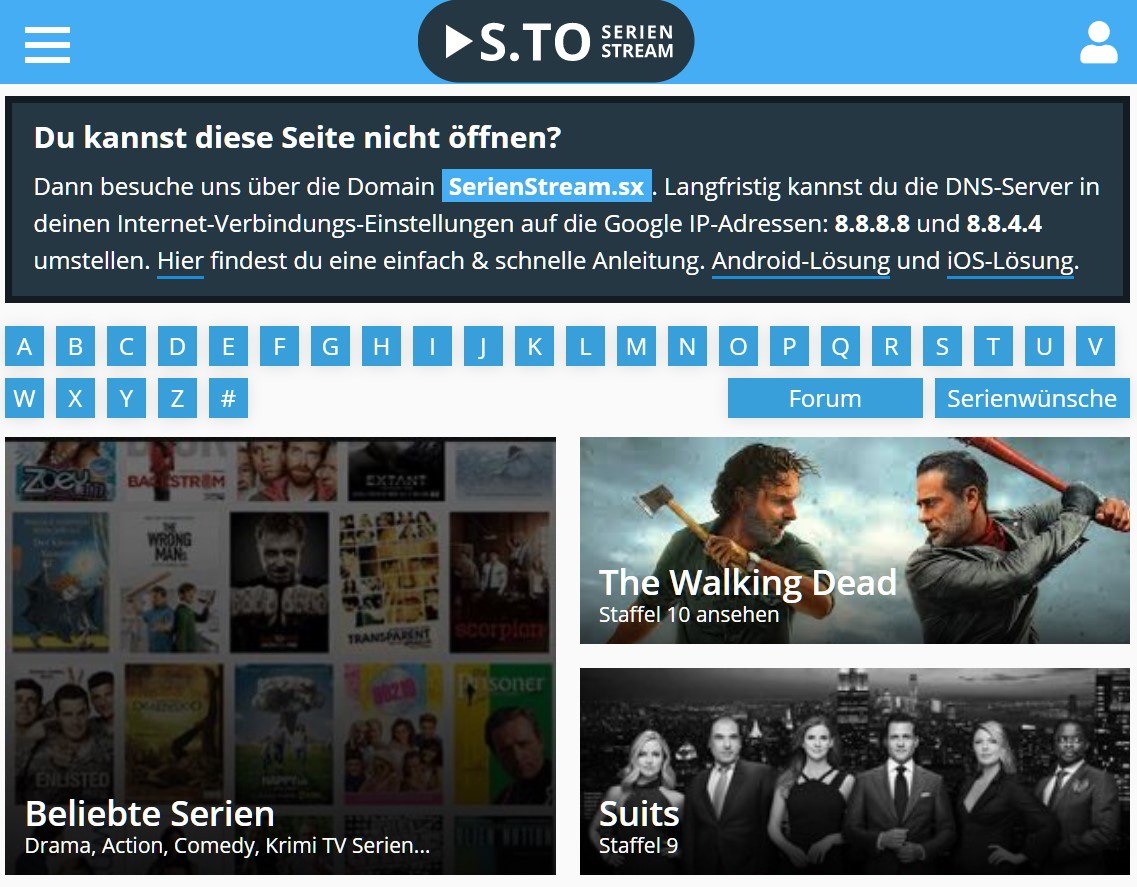 As is usually the case with DMCA subpoenas, this request was approved by a court clerk without oversight from a judge. That will require the registry to hand over the requested information. How valuable that will be, has yet to be seen.

Part of the Anti-Piracy Toolbox

An anti-piracy source familiar with the matter informs TorrentFreak that some information obtained through these subpoenas is fake or unusable. However, it can result in actionable intelligence as well, and even false information can have its value.

Generally speaking, our source says that DMCA subpoenas are just another part of a larger anti-piracy toolbox, one that ACE now uses to its full potential.

In the long term, copyright holders are hoping subpoenas will become even more effective. This can be achieved by making sure that information kept by online services is more accurate. This is a topic that’s high on the anti-piracy agenda at the moment.

Last month, a coalition of more than 50 groups sent a letter sent to the European Commission asking it to consider broader “Know Your Business Customer” (KYBC) requirements as part of the Digital Services Act.

The groups wrote that they would like third-party intermediaries, including hosting providers and domain registrars, to carry out more checks to properly confirm the identities of customers. At the moment, this information is often missing.

This means that, even if ACE’s current subpoena efforts prove to be fruitless, they can still use that failure as ammunition to show that stricter regulations are needed. In other words, it’s pretty much a win-win situation.