Subtitle files distributed outside the United States are usually created for two purposes – to let foreign residents understand mainly English-speaking entertainment or to provide the deaf with a way to comprehend audio.

While many people get annoyed when regular file-sharing sites are targeted with legal action, an extra-special level of annoyance is achieved when Hollywood and its proxies decide to shut down sites that offer fan-created subtitles.

Nevertheless, the outrage doesn’t dissuade the studios. After dropping out of the headlines for some months, Dutch anti-piracy group BREIN is now back with a campaign against sites offering subtitles. One of the domains targeted is Bierdopje.com, a TV show news site ranked 400th most-popular domain in the Netherlands.

In an announcement yesterday, site operator ‘Sypher’ explained how BREIN had contacted him with threats over the free subtitling services offered by the site’s translators. The anti-piracy group’s lawyers explained that Bierdopje must immediately cease and desist from engaging in “unlawful and illegal” acts or face a lawsuit.

In addition, BREIN also demanded an undisclosed cash payment within a week to cover the costs it had incurred so far, a demand that Sypher describes as “extortion.”

“You guessed it, we simply cannot go up against the legal ravings of this party with delusions of grandeur and overpaid lawyers, and certainly not within the short deadlines they set us,” Sypher says. “We simply don’t have the financial resources to embroil us in such a process.”

Importantly, Bierdopje is not a file-sharing portal offering movies or TV shows and before this contact from BREIN the site had never received a single takedown request from a rightsholder. 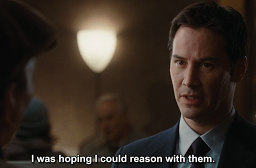 “We do no harm and we don’t harm the income of producers. We help people who do not speak the English language, plus the hearing impaired or deaf,” Sypher explains.

“Anyway, many of the series translated by our users do not even come out in the Netherlands,” he adds.

With no sensible or effective way of opposing BREIN, Sypher says that Bierdopje will now remove all references and links to subtitles in addition to suspending the translation and subtitling team and shutting down their IRC channel.

“We very much regret that a private party such as BREIN has grabbed a hobby project like ours around the neck. Furthermore, we understand that this will come as a blow to our users and translators and will create frustration but there is unfortunately nothing we can do,” Sypher concludes.

According to Dutch news site Tweakers, BREIN has sent a similar warning to other sites including SimplyReleases.com, which appears to have shut down its operations.

In July, Swedish police raided the popular subtitling site Undertexter.se, an action that outraged the so-called ‘subbing’ community. Despite the aggression, that site was soon back online and is currently operating business as usual.

Just recently the music industry in the United States also decided to renew its offensive against sites offering text related to entertainment products. During a press event November 11, the National Music Publishers’ Association announced that it had sent cease and desist notices to around 50 sites that offer song lyrics without permission.