Copyright is a double-edged sword. Those who sharpen one side often get cut by the other, with all the painful consequences that come with it.

Representing major software companies, the BSA uses Facebook ads to encourage people to report businesses that use unlicensed software. If one of these reports results in a successful court case, the pirate snitch can look forward to a cash reward.

While BSA’s original “No Piracy” page is no longer active, they do support a new campaign which is operating under the “Australia Cybercrime Watch” name. This group only appears to exist on Facebook and is running paid ads to convince people to snitch on software pirates.

Below is an ad that ran during Halloween, promising people thousands of dollars in rewards in return for their cooperation. 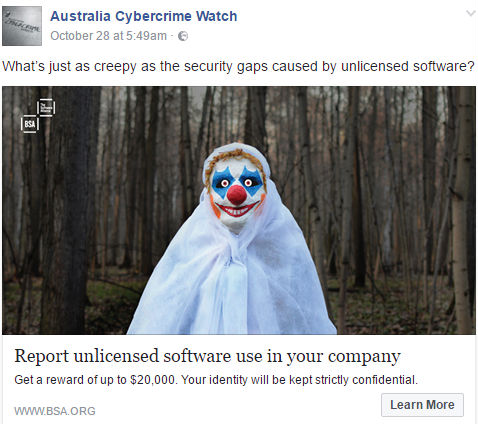 There’s plenty to say about these kind of tactics, and by taking a glance through the Facebook comments it’s clear that many people are not fans, to say the least.

However, it’s not just the advertising ethics that’s raising eyebrows. If we visit the linked BSA page where people can report unlicensed software, we can’t help but notice that it violates the license of some of the jQuery code.

Looking at the source of the page we see that it includes custom builds of both jQuery and jQuery mobile. The files in question both use jQuery in their name and despite the modifications, they show plenty of similarities with the original code. 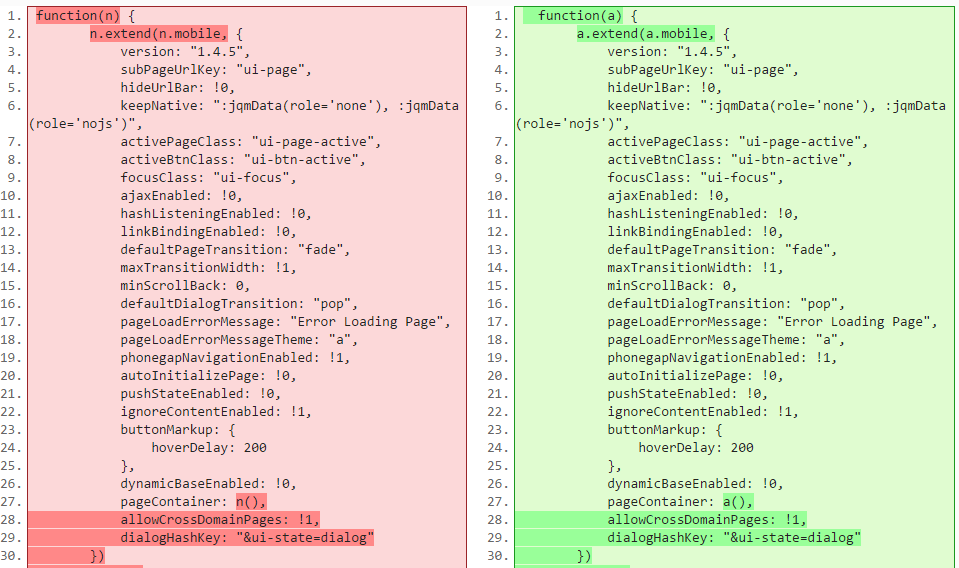 In theory, this shouldn’t be a problem. Millions of websites all around the world use jQuery, which is free software as long as you adhere to the license. Ironically, BSA appears to be using it ‘unlicensed.’

jQuery doesn’t mind people copying, modifying or even selling their code on the condition that that the original license is included. This requirement is spelled out in every copy of the code, something all developers should know.

“The above copyright notice and this permission notice shall be included in all copies or substantial portions of the Software,” it clearly reads.

However, we have combed through both modified jQuery files on BSA’s servers but none of them includes or references the license. Admittingly, this type of “offense” is very common, but for an anti-piracy outfit it’s quite painful to say the least.

The license was probably omitted by mistake, as the original site also includes properly licensed files. However, BSA usually doesn’t show any mercy to the organizations that “forget” to license their Windows copies.

This isn’t the first time that one of the BSA’s anti-piracy campaigns has exposed its own wrongdoings. Previously, the group ‘stole’ a photograph for an advertisement, which they have quietly since removed.

Perhaps someone should report the BSA to the BSA for their infringing actions? Apparently you can get an award up to $20,000!