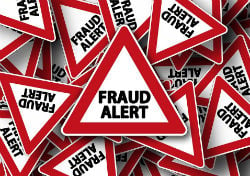 Every hour of the day dozens of anti-piracy outfits scour the web to find copyright-infringing content, so they can target it with takedown notices.

Since they’re dealing with such as massive volume of often automated requests, it’s no surprise that every now and then an error is made.

In recent years we have frequently pointed out such mistakes, some more serious than others. In a few cases, however, reporting organizations appear to make very little effort to be correct.

In fact, we’ve discovered that some are deliberately and automatically fabricating links to broaden their scope.

A few weeks ago we reported that defunct torrent cache services were receiving takedown notices for files that never existed, but it appears that the problem is much broader than first thought. Various torrent proxy and clone sites, dead or alive, are also receiving similar treatment.

For example, take the website Torrentz2.eu, which is a clone of the original Torrentz.eu that shut down a few weeks ago. The site links to plenty of copyrighted content, drawing the attention of rightsholders including the anti-piracy department at NBC Universal.

Below is a takedown notice sent out by NBC recently, one of many that come in the same format.

One of NBCUniversal’s takedown notices

For most outsiders this may look like a proper notice. However, upon closer inspection it’s clear that the URL structure of the links is different from the format Torrentz2 uses. The notice is question lists this URL:

On Torrentz2, however, the search “2012 dvdrip battleship mp4” generates the following URL, which is clearly different.

The link NBC Universal reports has never existed and simply returns a blank page. TorrentFreak reached out to the operator of the site who confirmed that they have never used this URL format.

This ‘mistake’ can be explained though. The URL structure NBCUniversal uses comes from the original Torrentz site, meaning that NBC simply did a search and replaced the old domain with a new one, without checking if the URLs exist.

In other words, they fabricated these links.

Further research reveals that this practice is rather common for clones and proxy sites. In the past we’ve already raised suspicions about long lists of URLs with the same structure, which appeared to be automatically generated.

Since most of these did link to actual content, it was hard to proof that they were being made up. However, when takedown notices are sent long after a site has gone offline, targeting content that didn’t exist when the site was still up, it becomes crystal clear what’s happening.

Take the domain name Extratorrent.space, for example. This was part of a ring of thousands of proxy sites that all shut down last year. However, anti-piracy groups are still targeting these URLs with new takedown requests.

In fact, there are many recent takedown requests that list content that wasn’t available at the time the site was operating. This is indisputable proof that these URLs are fabricated.

The screenshot above is just a random request that came in this week, seemingly targeting pirated copies of X-Men: Apocalypse. However, the proxy site domains in question have been offline for a long time, some close to a year.

Please note that these are not isolated or rare ‘mistakes.’ Tens, if not hundreds of thousands of fabricated links to these proxy sites have been sent out over the past several months, inflating Google’s takedown numbers.

So why are these fabricated notices being sent? One reason might be laziness. Anti-piracy outfits discover the URL structure of a site and simply keep sending notices without checking if the sites are still up.

Another motivation for anti-piracy outfits could be to boost their numbers. Many get paid based on the volume of notices they send out, so more links means extra cash.

Whatever the case is, the fabricated links above are just another example of the carelessness of some rightsholders and reporting organizations when it comes to the DMCA takedown procedure, skewing the actual numbers.