In January, the U.S. Government announced that it had initiated one of “the largest criminal copyright cases ever brought by the United States.” That case was brought against Megaupload and its key employees, including founder Kim Dotcom.

This ‘criminal’ label might have deterred some from associating with the larger than life entrepreneur, but it certainly didn’t prevent Apple co-founder Steve Wozniak from getting in touch.

When Dotcom was released on bail a few months ago, ‘Woz’ flew over for a visit.

“Woz came to see me at my house when I was still on house arrest. He is such a great legend and totally supportive,” Dotcom told TorrentFreak.

“He was involved in the foundation of EFF and they are now helping Mega users to get their files back.”

“When I get my assets back I will become a major EFF supporter. That’s for sure,” Dotcom concludes. 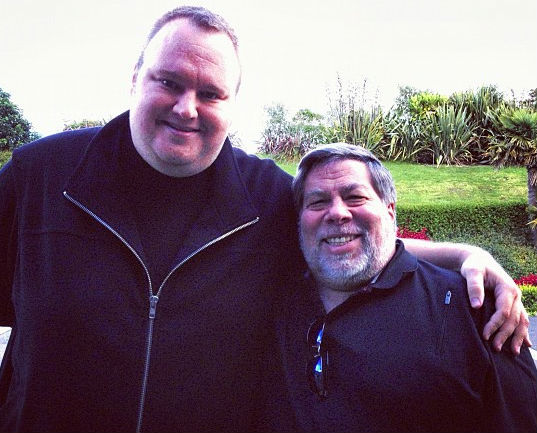