Last month we reported on PirateBox, a super-cheap system for turning any open space into a wireless and anonymous file-sharing system.

The whole system is based on a TP-LINK TL-MR3020 3G Wireless N Router which is available from Newegg at just $39.99.

Although neat, the current PirateBox system is strictly a server/client setup but according to a development reported by Numerama, things might now go to the next level. 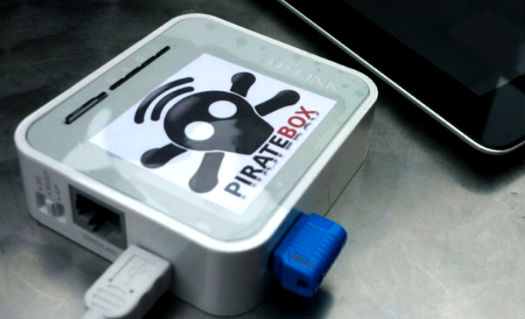 Although still under development, future BATMAN-enabled PirateBoxes could then network with each other, meaning that accessing users could hop from device to device and have full access not just to a single PirateBox server, but a network of interconnected PirateBox servers.

More information on BATMAN here and the PirateBox update here.