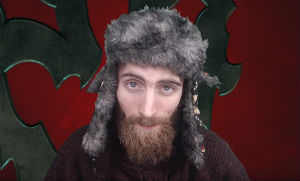 A few days ago, the channel of gaming YouTuber Eroktic was targeted with two DMCA copyright complaints.

The takedown notices targeted videos in which Eroktic, based on third-party information, discussed an alleged security breach that would affect users of the multiplayer shooter game “Escape from Tarkov.”

The game’s developer, Battlestate Games, refuted the claims and characterized them as misinformation. To prevent the claims from spreading even further the company submitted DMCA takedown notices, so the videos would disappear from YouTube.

The problem is, however, that the DMCA is a tool to address copyright infringement, not any other disputes. The videos were pulled down without any substantial copyright concerns. According to SidAlpha, who reviewed the two videos offline, one included a seven-second clip of game footage which is likely fair use.

And Battlestate Games didn’t stop there either. In the following days, a total of 47 videos from Eroktic were targeted, most of which didn’t contain any infringing material.

Some of the DMCA flags 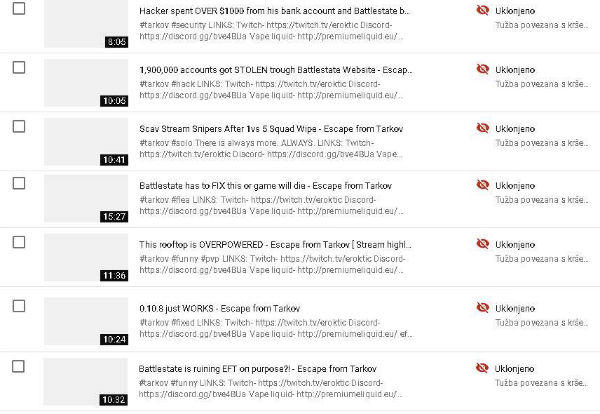 The flurry of takedown requests generated quite a backlash on social media, up to a point where Battlestate Games eventually explained its actions.

“The decision to address YouTube concerning video on the Eroktic’s channel had to be made in order to stop misinformation and hatred. Moreover – we did not want and we do not want this person to be associated with our game in the first place.

“His purposefully destructive actions cannot be considered ‘criticism’ no matter how you look at it,” the game developer added.

Without going into detail on the allegations from either side, it’s clear that the dispute is not about copyright. As such, most of the DMCA notices were incorrect filed and used to silence a YouTuber over his statements.

In a statement to Polygon, the game developer also admits that most of the videos contained no copyrighted material.

“We know what this instrument is designed for,” a Battlestate Games representative said, referring to the DMCA takedown mechanism. “We had to use this tool in order to stop the wave of misinformation.”

The company now realizes that their DMCA takedown bombardment might not have been the best idea. They promise that it won’t happen again and will use the proper channels in the future, which could mean going to court.

“We are not going to do it anymore. We wanted to show that negative hype and misinformation cannot remain without any punishment. The game and this community do not deserve that,” a representative said.

While that may be true from the developer’s perspective, the community doesn’t deserve a games company going rogue with DMCA takedown tools either. Especially if they’re putting the livelihood of a YouTuber at risk.

According to Eroktic, two of the 47 videos were reinstated yesterday. Whether the others will follow has yet to be seen. Aside from more negative PR, Battlestate Games’ actions remain unpunished.