BitTorrent Can Be Exploited for DoS Attacks, Research Warns 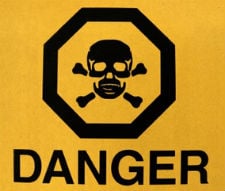 With dozens of millions of active users at any given point in the day the BitTorrent protocol is a force to be reckoned with.

Through various experiments Adamsky has confirmed that the vulnerability affects the uTP, DHT, Message Stream Encryption and BitTorrent Sync protocols.

The attacks are most effective through the BitTorrent Sync application where the original bandwidth can be increased by a factor of 120.

For traditional torrent clients such as uTorrent and Vuze the impact is also significant, boosting attacks by 39 and 54 times respectively.

Speaking with TF, Adamsky states that it’s relatively easy to carry out a distributed reflective Denial of Service (DRDoS) attack via BitTorrent. The attacker only needs a valid info-hash, or the “secret” in case of BitTorrent Sync.

“This attack should not be so hard to run, since an attacker can collect millions of possible amplifiers by using trackers, DHT or PEX,” he explains.

“With a single BitTorrent Sync ping message, an attacker can amplify the traffic up to 120 times.”

BitTorrent Inc has been notified about the vulnerabilities and patched some in a recent beta release. For now, however, uTorrent is still vulnerable to a DHT attack. Vuze was contacted as well but has yet to release an update according to the researcher.

For users of BitTorrent-based software there is no security concern other than the fact that people are participating in a DDoS attack without their knowledge. The vulnerability mostly leads to a lot of wasted bandwidth.

Update August 30: BitTorrent addressed the vulnerability and a patch in a recent blog post.