The company filed a lawsuit against James Enright (aka “Apoc”) and several unnamed defendants who developed software which allows users to cheat in World of Warcraft, Diablo, and Heroes of Storm, among others.

While Apoc is described as the mastermind of the operation, his role appears to be less prominent. In fact, the websites of the “HonorBuddy,” “DemonBuddy” and “StormBuddy” bots clearly list Bossland GmbH as the owner.

TF spoke with Bossland’s CEO Zwetan Letschew who says that Apoc works for the company as a freelancer. This is something Blizzard should know, as they are already involved in several legal proceedings against the bot maker in Germany.

“Activision Blizzard is fully aware that Bossland GmbH, and not Apoc, is the owner of the intellectual property of Honorbuddy, Demonbuddy and Stormbuddy, considering that there are six cases that are still in progress […] in Germany,” Letschew says.

However, that didn’t stop Blizzard’s legal team from going after Apoc. The lawyers reportedly offered the freelancer a deal, under which he agreed to hand over the source code for the Stormbuddy software.

“Today Blizzard acted in a manner as shady as possible for a multi-billion-dollar corporation. We were informed that the deal compelled Apoc to submit the entire source code of Stormbuddy, which is actually the intellectual property of Bossland GmbH, to Blizzard,” Letschew notes. 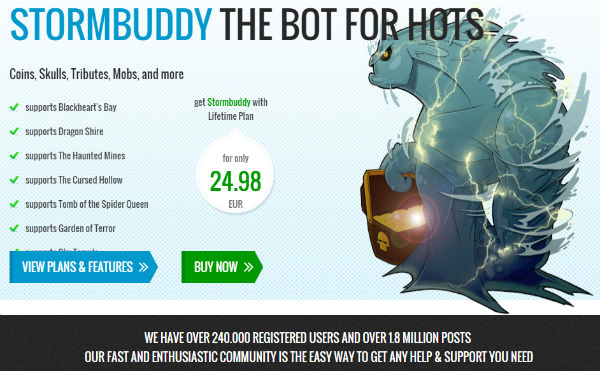 While the German bot maker doesn’t object to a deal, the company is outraged that Blizzard took its code. Turning the tables, the CEO now accuses the game publisher of copyright infringement.

“Blizzard now possesses the whole Stormbuddy source code. There was no permission given by Bossland GmbH, nor were we contacted by Activision Blizzard, nor had Apoc the rights to give out our intellectual property.”

Fearing that Blizzard may take action against the users of its software, Bossland has decided to stop sales of StormBuddy later today and discontinue its development. The company’s other bots will still be available.

Bossland, meanwhile, says it will sue Blizzard in Germany next week hoping to get a copy of the deal the company made with its freelancer, and under what terms the code was shared.

Due to the nature of their products bot developers usually enjoy little sympathy, but if Blizzard did indeed obtain the entire source code without the proper rights, Bossland may have a case.

TorrentFreak contacted Blizzard’s legal representative for a comment but haven’t heard back at the time of publication.