A surge of cheap media players, which often use the open source Kodi software, has made it easy for people to stream video from the Internet directly to their TVs.

In some cases vendors add pirate add-ons to these devices, selling these “fully-loaded” boxes through their own stores or marketplaces such as Amazon and eBay.

Over the past several years, there has been little enforcement effort on this front. However, this changed a few weeks ago, when the European Court of Justice ruled that selling devices pre-configured to obtain copyright-infringing content is illegal.

The media players themselves can still be sold, and the Kodi software is legal too, but vendors who ship boxes with pirate add-ons could get a letter from rightsholders. The Dutch anti-piracy outfit BREIN, is particularly active on this front.

The group states that 84 vendors have already halted their sales in response to the European court ruling. Roughly half of these stopped before the ruling was announced, and 44 followed afterwards.

BREIN says that it contacted 51 sellers after the court order and 37 of these did indeed stop. The group also filed complaints against 11 vendors of which one has halted its sales, with six others stopping voluntarily.

“The use of this type of player is causing major damage to the makers and providers of films, series, and sports broadcasts. The progress and settlements are therefore solid and run to tens of thousands of euros and more,” Kuik notes.

“The longer the vendors persist in their offering of illegal media players, the more expensive it becomes for them.”

In addition to online sellers, BREIN says it’s also keeping an eye on offline sales via markets and brick and mortar stores.

“It’s not just about webshops and ordinary stores, market traders will also get their turn. Sellers must realize that this is punishable as a crime. BREIN will ensure that this kind of crime does not pay.”

While there’s little doubt that BREIN’s efforts and threats have an effect, it appears that there are still plenty of vendors who continue to offer “fully loaded” boxes. So the ‘hunt’ is likely to continue for a while. 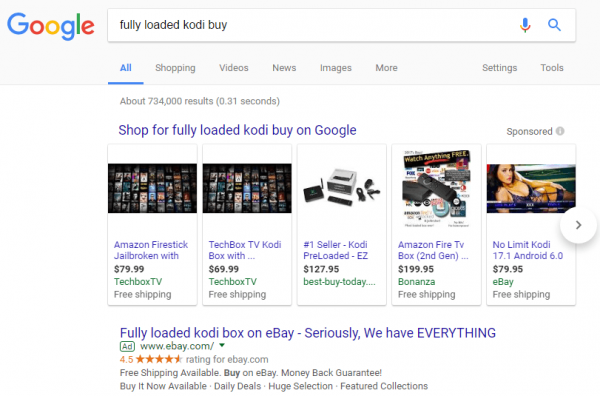