This Monday, European Parliament will vote on a new telecoms bill that would make it possible to disconnect people from the Internet, if they receive more than two copyright infringement warnings. The new law goes directly against a decision from the European Parliament earlier this year, when they said that such legislation would be: “conflicting with civil liberties and human rights and with the principles of proportionality, effectiveness and dissuasiveness.”

Luckily, there are still some politicians who know what’s right and what’s not. Charles Angus, a Canadian MP, is not a fan of the ‘3 strikes and you’re out’ proposals, which have also been discussed in Canada. Indeed, it seems that nobody, except the lobby groups pushing it, are for it. Cory Doctrow, in a piece for the Guardian the other day, proposed a similar 3-strikes measure for the anti-piracy officials. Send 3 false accusations and you’re off the net. Angus is similarly opposed in a recent interview:

Well, i think the outset the three strike law as admissible is idiotic. It’s idiotic because as we see with the DMCA those that get accused of infringements lack the legal power that the corporations that are threatening them have. So it’s always going to be a completely one-sided argument and if ISP’s are legally bound to cut you off after three claims of infringement, I think there are certainly problems. 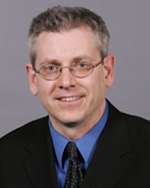 Charles Angus, MP, is not your typical politician. Unlike most, he’s not a lawyer, and having worked first hand with those who have been forgotten by those in government , the homeless , has a good appreciation for cause and effect. Also,Â through clashes with his church over gay marriage in the past, he has also proven himself a man of morals, not easily swayed by peer pressure or lobbying.

It is welcome then, to hear that he is also in strong opposition to Canada’s bill C61, dubbed “the Canadian DMCA”. Back in early May, in a statement from his office he warned of lobby actions:

The DMCA lobby will be working closely with the government to create a false impression that there’s an international crisis of confidence in Canada’s copyright regime. They will attempt to portray copyright as a black and white battle against pirates, thieves and criminals. In doing so, they will tar the efforts of educators, consumer groups and artist’s organization who recognize that the DMCA is the wrong model for Canada.

DMCA advocates have attempted to portray Canada as a pirate haven for failing to ratify the WIPO agreement. Angus points out that many of Canada’s competitors are in exactly the same position, and that Canada could easily ratify WIPO without agreeing to the onerous restrictions included in the DMCA legislation. He says politicians need to wake up to the problems with the DMCA.

The DMCA is a failed model. It doesn’t work in the United States and it won’t address the needs of a 21st century innovation agenda in Canada. However, U.S. trade lobbyists are intent on bringing Canada to heel. They will try to choreograph a sense of fear that Canada is somehow failing internationally if we don’t go the DMCA route.

Many didn’t heed that warning, however, and bill C-61 was the result, introduced last month. Like a lot of consumers (including some 85,000 – up from 40,000 last month – on Michael Geist’s facebook group) Angus isn’t happy about the bill, as he states:

Bill 61 is a piece of legislation that is taking us down the wrong road. We really need to update our copyright legislation for the 21st century. It’s Something that has been dragging on much too long. But bill c-61 is premised on a number of very faulty assumptions. It’s also predicated on, well it’s been based on a complete lack of consultation with the key people who need to be at the table to make good copyright legislation.

When it comes to copyright, he is the one that had the advantage over politicians. A former musician, he also earns money from book sales as well as music. His views seem to be quite different from another artist, Indiana Gregg, the difference is, he has studied the facts, she hasn’t.

It is the punishments that come up for greatest scorn however, and he is firmly on the side of ‘proving your case’ something the industryÂ hatesÂ toÂ do, for studies, and now lawsuits.

If you look at how the lawsuits happen in the U.S, you will get a bill for 15-20,000 and be told to pay it. If you try to challenge it, they will bring a massive legal team against you, and we saw the woman in the U.S who basically lost her house and savings for the fact she uploaded 12-24 songs. Thats completely irrational. If there are damages, if someone has massivly infringed copyright, there has to be a limit. There has to be clear limits, and it has to be proven what those damages are.

For the full low-down on his thoughts, check out the full interview. For more information about the European “three strikes” legislation, visit the Open Rights Group.