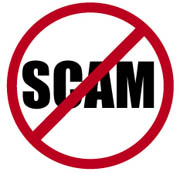 Just under a week ago we reported that mass-lawsuits targeting BitTorrent users had migrated from the United States to Canada.

Having met resistance on home soil, the makers of The Hurt Locker are now sending out letters to Canadian Internet users saying they have been caught sharing the Oscar-winning movie. Settle now for a few thousand dollars, the letters say, or face an expensive legal battle in court.

While opponents of these settlement schemes label them as a ‘scam’, they largely operate within the law. After all, they’re being run by lawyers. However, where there’s money to be made there’s always the chance of an illegal scam riding on the same wave, as Canadians are just finding out.

According to an official public fraud warning from West Vancouver Police Department, Canadian seniors have been targeted recently in a fake pay-up-or-else style ‘file-sharing’ settlement scheme.

“I opened an interesting letter today from ‘Artisan International’. The letter accused me of downloading several pornographic movies via “Bittorrent / P2P,” says a letter recipient who identifies himself as Sandworm.

“The letter demands 3000$ by September 24th. I won’t go into my professional background, but let’s just say I know the law and am no idiot when it comes to internet technology. In fact I regularly publish articles covering filesharing technology,” he continues.

Targeting the elderly with any scam is a despicable act, made even worse by the potentially embarrassing payload employed in this case.

“If you or anyone you know has been a recipient of this letter or has personal knowledge of who may be responsible for sending these letters, please contact the West Vancouver Police at 604-925-7300 quoting file number 11-11341 or if you wish to remain anonymous, please call Crime Stoppers at 1-800-222-8477 ,” the police conclude.