With a claimed 400,000 registered users, MovieX.info was one of the largest semi-private BitTorrent trackers on the Internet in 2008.

Although the site’s operations were frowned upon by a part of the BitTorrent community, its members saw MovieX as their prime source for fast downloads. This high-profile site didn’t go unnoticed by the Australian anti-piracy outfit AFACT, who launched an investigation into the site’s operators.

During December 2008, AFACT’s efforts resulted in the arrest of two brothers from Australia, the then 27-year old Hitesh Rama and his 23-year old brother Moneel Rama. The two were accused of facilitating the unauthorized transfers of 14 million movies and TV shows.

This week the case against the two brothers finally came to an end. Hitesh Rama was sentenced to 18 months in jail and his brother Moneel Rama received a 15 month jail sentence. However, Judge Richard Jones sent the two home on a $3000 good behavior bond, replacing the jail time with community service of 200 and 125 hours respectively.

TorrentFreak spoke to Moneel, who says he is glad that they escaped jail time, which he credits to the excellent work of their lawyers. But, at the same time he’s also very disappointed with how their case is being presented in the media.

“I would like to point out that me and my brother have learnt our lesson. However, half the things said in the press are untrue and the media has a way to blow these things out of proportions,” Moneel told TorrentFreak. 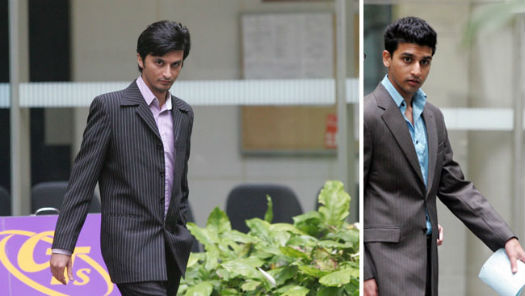 Aside from technicalities, such as the claim that the website was hosted at their home address instead of in a data center in The Netherlands, most of the inaccuracies deal with money related issues.

In common with many other private BitTorrent trackers, MovieX offered VIP memberships to its users in return for certain privileges. However, reports in the media suggest that people could only download files if they paid for a membership, which is certainly not the case.

“We never forced anyone to give us money or sign up for a ‘subscription’ service as described in the press. If we were to go back and ask any VIP member of the website if they were ever forced to give us money the answer would be a simple ‘no’,” Moneel said.

And then there’s the claims that huge profits were made from the website. If we deduct the $50,000 that was frozen and confiscated by the authorities, a healthy revenue still remains. However, according to Moneel nearly all of the revenue went back into the site.

Moneel explained that the server costs added up to $1000 a month, and that they spent several hundred dollars each month on premium RapidShare and Megaupload accounts for the site. Also, the ‘owner’ of the site – better known as Loder – received a share of the donations for his work on the site. The rest of the money was kept in the brothers’ personal bank accounts, but would be invested in the site at a later stage.

According to the brothers there was never any intention to cash in at the expense of its users, or steal the money and run away. There were issues, and not everyone may have been a fan of the site, but the site was not setup as a business at all.

“MovieX was simply a hobby and we never had any intention of bringing the torrent community and my families name to shame. Obviously we had a lot of issues with our tracker problems and stolen VIP funds however that is the past, and the truth will always be out there.”

For the brothers the end of the case closes a controversial chapter in their lives. Both hold a steady job and they are ready to move forward.

“I wish to end this by saying I respect the Judge’s decision on our sentencing. Me and my brother can only go in one direction and that is forward and this will be something that is left behind,” Moneel concluded.