Last month a couple of near perfect copies of the Liam Neeson movie Taken 3 leaked onto the Internet. One with Arabic subtitles and one without, both copies were recorded from the OSN pay TV network headquartered in Dubai, United Arab Emirates.

At the end of our article we noted that a Chinese VOD platform had already announced that it would air Fifty Shades of Grey in HD in the final days of February.

Yesterday and as promised, China’s QQ.com aired the popular movie. As predicted by our source, pirates were waiting for the screening and within minutes of the final credits, Fifty Shades of Grey began to appear on torrent sites in full HD. 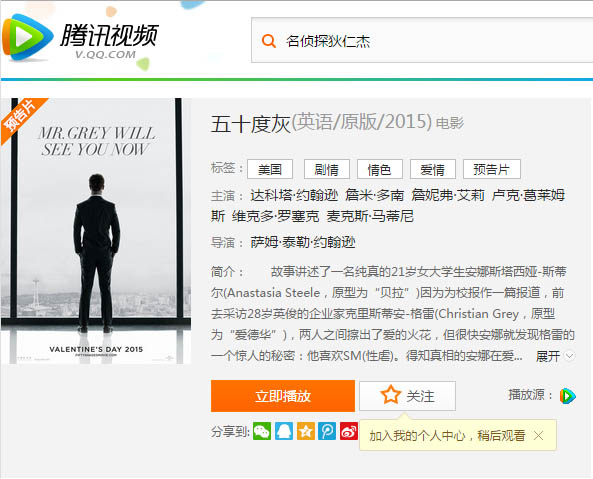 Needless to say, the quality boost was most appreciated by the waiting masses. Earlier copies of the controversial movie have been circulating for a couple of weeks but their grainy and shaky CAM sources left much to be desired. Now available in HD – albeit with Chinese subtitles – one might think the eroticism would be so much more detailed and enjoyable. Well, not exactly.

Despite more than 100,000 BitTorrent users flocking to the release in just the first 12 hours (and most being highly complimentary about the quality), many have noticed that the movie is somewhat lacking in the sex scene department. The problem, it appears, is the source.

QQ.com is operated by Tencent, one of China’s largest Internet companies and, as can be seen from the image below, also has deals with some of the leading studios in the United States. 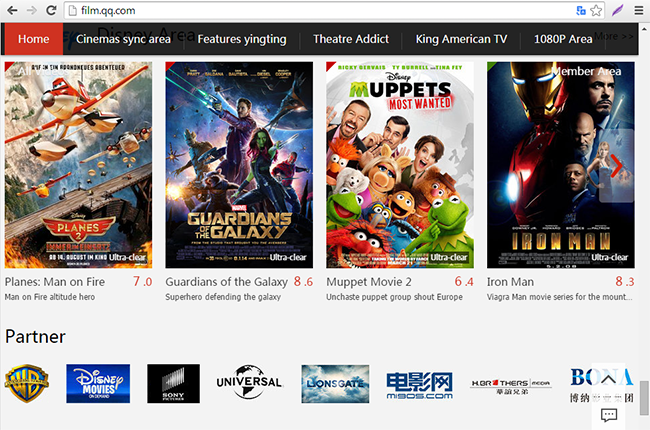 While this means that QQ has early access to movies, it’s not free to show content frowned upon by Chinese authorities. As a result, Fifty Shades appears to have fallen to the censors.

“Good quality scan, but most of the nudity has been edited out.This is basically a PG-13 version,” a KickassTorrents user reported.

“It is really good quality,” said another. “But it is missing what the movie was so popular for, sex scenes. If you don’t care for them, then this is a good copy, if you do….don’t waste your time.”

Exactly how much has been cut will be revealed in due course, but according to several people familiar with the Chinese version between four and six minutes are absent from the release.

The big question now is whether the majority of viewers will think the movie has been censored or will conclude that it’s much tamer than they were led to believe. Either way, downloaders will most certainly remain eager for a longer, sexier copy – without off-putting subtitles.