Thanks to Google’s Transparency Report we have the clearest picture yet of the battle taking place between content owners and the indexing and linking of allegedly infringing content online. The search engine takes down millions of URLs every week, a not insignificant amount by any standard.

Fortunately we don’t simply have to take Google’s statistics at face value. The notices received by the company are processed and later sent to the Chilling Effects Clearinghouse. There they are input into a searchable database so that the public can cross reference Google’s reports (along with others from companies such as Twitter) with the actual takedown notices, thus bringing accountability to the process.

It is through both of these database that TorrentFreak has been able to unearth dozens of serious errors and abuses carried out by the automated takedown systems operated by the world’s largest copyright holders. While there can be little doubt that Chilling Effects is an invaluable resource for those reporting on piracy issues or tracking DMCA abuses, not everyone is happy with the service being offered by the site.

As detailed in our previous reports (1,2), this week various rightsholders and service providers have been giving statements on the effectiveness of the DMCA. Among them was the Copyright Alliance, an organization that counts the MPAA, NBC, Viacom and TimeWarner among its members. The theme running through CEO Sandra Aistars’ statement is that the takedown provisions of the DMCA don’t work, whether you’re a creator or a website drowning in notices. Surprisingly, Aistars also took aim at Chilling Effects 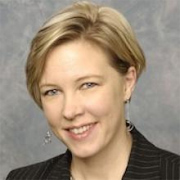 The project is operated by a selection of law school clinics and the EFF with the aim of supporting lawful online activity against the chill of unwarranted legal threats, but the Copyright Alliance CEO says the site helps bully artists who stand up for their rights.

“The activities of chillingeffects.org are repugnant to the purposes of Section 512 [of the DMCA],” Aistars reported to the House Judiciary Subcommittee hearing.

However, continuing her criticism, Aistars told the hearing that by publishing DMCA notices intact, thereby revealing their senders, Chilling Effects had helped subject creators to “harassment and personal attacks for seeking to exercise their legal rights.” 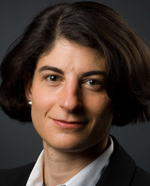 Seltzer, a Fellow with Princeton University’s Center for Information Technology Policy who sits on the boards of both the Tor Project and of World Wide Web Foundation, dismisses the allegations.

“[Chilling Effects] has always had policies of redacting unnecessary personally identifying information, while preserving the information needed for researchers, including members of the Internet-using public, to determine who filed takedown notices and what content they requested removal.”

Finally, in a not unexpected development, the Copyright Alliance CEO said that due to Chilling Effects publishing DMCA notices in their entirety, its database had grown into a huge list of pirate content links.

“Finally, because the site does not redact information about the infringing URLs identified in the notices, it has effectively become the largest repository of URLs hosting infringing content on the internet,” Aistars concludes.

While copyright holders may not like what Chilling Effects does, the site brings much-needed accountability to those using and abusing the DMCA takedown process. Without it the entire process would exist in the dark, and content wrongfully disappeared from search engines and other sites would remain unaccounted for. The site is one of, if not the most important DMCA-related resource online today, and long may that continue.