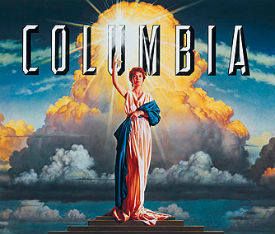 It’s been almost a year since Hotfile was defeated by the MPAA, but the case hasn’t yet gone away completely.

Earlier this year the Electronic Frontier Foundation (EFF) asked the court to unseal documents regarding the workings of Warner Bros.’ anti-piracy tools.

These documents are part of the counterclaim Hotfile filed, where it accused Warner of repeatedly abusing the DMCA takedown process. In particular, the EFF wants the public to know what mistakes were made and how these came to be.

In September the Court ruled that the sealed documents should indeed be made public, and the first information was released soon after. Among other things the unsealed records showed that Warner Bros. uses “sophisticated robots” to track down infringing content.

This week the MPAA submitted its proposed schedule (pdf) for the release of the other documents. With regards to Warner’s anti-piracy system they propose a wait of at least 18 months before more information is unsealed. By then Warner will have changed its systems significantly so that the information can no longer be used by pirates to circumvent detection.

In the case of Columbia Pictures, however, things are more complicated. The sealed information of the Sony Pictures owned studio would still be beneficial to pirates for decades to come, the court is told.

“Defendants have cited two specific pieces of information regarding Columbia’s enforcement policies that, if revealed to the public, could compromise Columbia’s ability to protect its copyrighted works,” the MPAA’s lawyers write.

“These confidential enforcement policies will not become less sensitive over time because they reflect broad policy judgments, rather than specific implementation features of Columbia’s anti-piracy enforcement system that are likely to change as technology evolves or time passes,” he adds.

To keep these secrets out of the public eye, the MPAA asks the court to keep the records relating to Columbia Pictures under seal indefinitely. If that’s too much, the information should remain secret for at least ten years.

It’s now up to Judge Williams to decide whether the proposed timeframes are reasonable and whether Columbia can keep its anti-piracy secrets locked up forever.