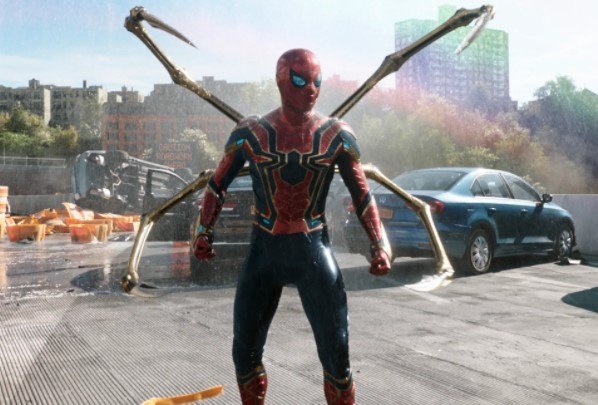 When ‘Spider-Man: No Way Home’ was about to be released late last year in theaters, spoilers and leaked footage started to circulate online.

The spoilers didn’t give away much, nor were they of notable quality. Nonetheless, Columbia Pictures did its best to bury them all.

The movie studio sent numerous takedown notices which, accidentally, even targeted news articles that mentioned the leak. In addition, the constant stream of ‘leaks’ and copyright complaints forced Reddit to ban the “nowayhomeleaks” subreddit.

After the film officially premiered in theaters, low-quality ‘cam’ copies began to surface on pirate sites. These were in high demand, but the massive downloading surge for pirate copies usually comes after the official digital release or when the Blu-ray comes out.

For ‘No Way Home,’ these official releases are scheduled for March 22 and April 12 respectively. However, pirates are jumping the line once again.

A few hours ago a Blu-ray rip of the film began to circulate online. The release in question comes from the P2P group known as EVO, which has leaked many prominent titles over the past months, including “Dune” and a screener of “The Power of the Dog“, to name just two.

EVO doesn’t mention how it obtained this Blu-ray copy but the group stresses that it’s the real deal. “Yeap, its real. Exclusive. Enjoy,” EVO writes in the release notes.

At this point, we can only speculate as to the source of this leak but it seems that someone got their hands on an early copy. Or even a bunch of copies, if this listing we found on eBay is legitimate.

This eBay seller, who has 100% positive feedback, presumably started to ship the ‘Spider-Man: No Way Home’ Blu-ray discs earlier this week. Thus far, 53 copies have been sold according to the online store.

“Before you ask, yes these are the real deal. The same one you can purchase on 4/12. I just happened to receive them early. Thank you for looking,” the eBay seller writes.

We don’t know if this release is linked to the leak, and haven’t independently verified the legitimacy of the disc, but the timing definitely fits.

Whatever the source, the leak will come as a massive blow to Columbia Pictures and Marvel Studios, who might have to work overtime this weekend to try and limit the fallout. Whatever they do, stopping these leaks from circulating entirely will be impossible by now.