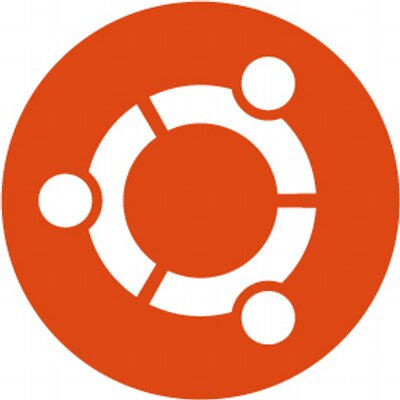 Two decades ago, the BitTorrent protocol revolutionized peer-to-peer (P2P) file-sharing. The content-agnostic system allowed people to efficiently share and download even the largest files and soon grew to become the dominant method of transfer for millions of file-sharers.

Over the years, people have shared all kinds of content using torrents and it quickly became associated with mass copyright infringement of movies, TV shows, music and everything in between. However, BitTorrent is also used to distribute large volumes of data with the blessing of rightsholders, with the sharing of Linux distros a prime example.

Indeed, large companies such as Ubuntu owner Canonical actively encourage the distribution of their packages via BitTorrent, even going as far as operating their own tracker. This is effectively a green light for users to obtain Ubuntu using BitTorrent and is universally considered to be entirely safe. However, a development yesterday caused mass confusion when a user was accused of copyright infringement via a notice from his ISP.

Posting to Reddit’s /r/linux sub-Reddit, a forum with more than 656K subscribers, ‘NateNate60’ reported the unthinkable. After downloading an official Ubuntu ISO package (filename ubuntu-20.04.2.0-desktop-amd64.iso) he says he received a notice from Comcast’s Infinity claiming that he’d been reported for copyright infringement.

“We have received a notification by a copyright owner, or its authorized agent, reporting an alleged infringement of one or more copyrighted works made on or over your Xfinity Internet service,” the posted notice reads.

NateNate60 wisely redacted the notice to remove the ‘Incident Number’ and the precise time of the alleged infringement to protect his privacy but the clam was reported filed with Comcast on May 24, 2021.

“The copyright owner has identified the IP address associated with your Xfinity Internet account at the time as the source of the infringing works,” it continues, adding that NateNate60 should search all of his devices connected to his network and delete the files mentioned in the complaint.

The allegedly infringing content is the 64-bit Ubuntu 20.04.2.0 LTS release but the first big question is whether the file is actually the official release from Canonical. Given that the listed hash value is 4ba4fbf7231a3a660e86892707d25c135533a16a and that matches the hash of the official release, mislabeled or misidentified content (wrong hash, mislabeled file etc) appears to be ruled out.

Indeed, the same hash value is listed on Ubuntu’s very own BitTorrent tracker and according to NateNate60, this is where he downloaded the torrent that led to the DMCA notice. It doesn’t get much more official than that.

According to the DMCA notice sent by Comcast, the complainant wasn’t Ubuntu/Canonical but an anti-piracy company called OpSec Security, which according to its imprint is based in Germany. TorrentFreak has contacted OpSec for a comment on the DMCA notice but at the time of writing the company is yet to respond.

Implications of the DMCA Notice

It is certainly possible for someone to fake a DMCA notice (and also cause outrage by choosing controversial content such as Ubuntu) so we have also contacted Canonical for its take on the claims being made. While we wait for the company to weigh in, it seems possible that this is some kind of error, one that could be easily triggered by someone cutting-and-pasting the wrong hash value into a BitTorrent monitoring system.

That being said, there can be consequences even when erroneous DMCA notices aren’t properly handled. Presuming the notice is genuine (albeit sent in error), Comcast needs to be informed that mistakes have been made. The ISP has a repeat infringer policy and given the current hostile environment, terminating users is certainly on the agenda. Indeed, the notice states just that.

“We remind you that use of our service in any manner that constitutes an infringement of any copyrighted work is a violation of Comcast’s DMCA Policy and may result in the suspension or termination of your service and account,” it warns.

Arguably unwisely, however, NateNate60 says he isn’t going to take the matter up with Comcast.

“I really don’t want to risk them shutting off my Internet access over this stupid thing so I’m probably just going to ignore it,” he wrote on Reddit.

Again, we need to wait for responses from OpSec and Ubuntu explaining why this notice was sent but not contesting an erroneous DMCA notice has implications.

For example, should NateNate60 suddenly get another couple of similar notices (regardless of whether they are genuine or sent in error), Comcast may feel that in order to retain its safe harbor under the DMCA, terminating the account might be its only option. At that point the damage has been done and it could prove even more difficult to get the account reinstated.

Also, if this notice is indicative of a broader issue, it seems unlikely that NateNate60 will be the only recipient of a ‘strike’ against his account for downloading/sharing official Ubuntu torrents. Raising the issue quickly will allow the parties to see what went wrong here (if that’s indeed the case) and prevent it from happening again.