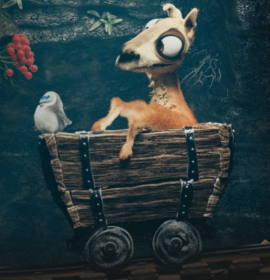 The team at Blender Studio drive Blender development by providing help and training courses to Blender users in an open environment, sharing everything in public and making all content available under free licenses. They call themselves The Creators Who Share.

Sintel and Big Buck Bunny are among Blender’s most recognizable titles and due to Creative Commons licensing (CC BY), they are widely shared, used, remixed and reshared. According to original Blender creator Ton Roosendaal, “Open licenses are essential for sharing our films and their source material.”

According to some, this almost utopian model with ‘free’ and ‘sharing’ underpinning everything, had no chance of survival. Blender has clearly shown otherwise which makes events of the last few days particularly disappointing.

Right now, a company is claiming that Blender’s free content is actually their content and as a result, must be immediately removed from the internet. We’re talking about content that was created with Blender’s explicit blessing but even after multiple appeals, not even YouTube will see reason.

Bruno Fernandez-Ruiz is the co-founder and CTO at AI-focused driver safety company, Nexar. On Sunday he informed TorrentFreak that he’s also an independent film composer and producer, working with music production libraries, and distributing to the main music platforms.

“I am a composer and producer for film music, and I use Blender videos for rescoring, as Blender Studio provides the video, dialogue and SFX under a CC BY 3.0 to which I can add my own music on top,” Bruno said. “I do this because it’s hard to find video footage available for scoring, except in music scoring competitions.”

TorrentFreak contacted Bruno after noticing a post he made on a music production forum. He wrote that after uploading a video containing a clip from the Blender movie Caminandes 3 – Llamigos, YouTube notified him that a rightsholder had filed a copyright complaint, his video had been taken down, and a copyright strike had been issued to his account. 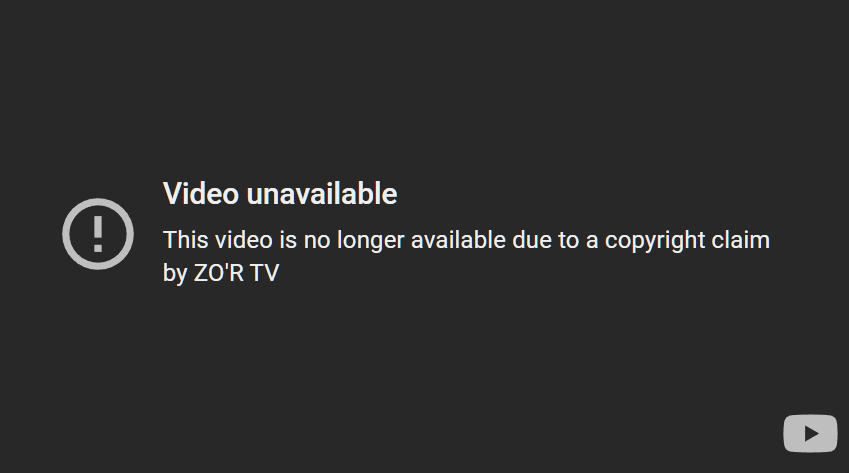 The complaint, sent by Uzbekistan-based media/news company ZO’R TV, was not the result of automatic matching under Content ID. It was filed as a formal DMCA notice, meaning that someone probably reviewed the details before sending the complaint.

The notice claimed that Bruno had infringed ZO’R TV’s copyrights by reproducing content (6:21 to 8:26) from this YouTube video published in 2018.

Since the content in question is obviously from Blender’s film Caminandes 3, ZO’R TV was in no position to issue a DMCA notice. On that basis, Bruno followed the recognized procedure by sending a DMCA counternotice to YouTube. It didn’t go well.

After filing his counternotice with YouTube, Bruno was informed that since he’d provided insufficient information, YouTube could not process it. However, YouTube did inform Bruno of the risks of filing a counternotice, including that his name could be sent to the claimant, ZO’R TV in this case. 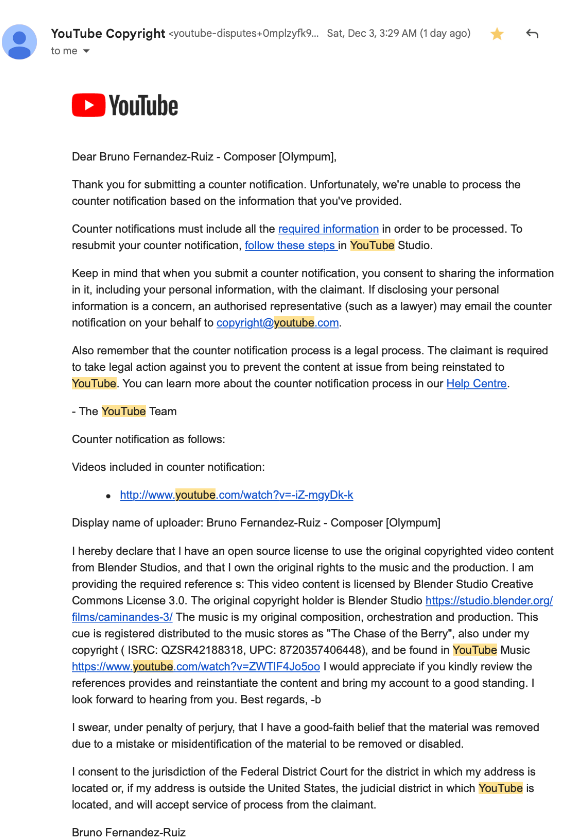 Determined to have his video restored, Bruno accepted the risks and sent another counternotice to YouTube. This time there was no indication that the counternotice was deficient. YouTube thanked him for filing it – but still declined to process it.

YouTube’s email advised Bruno that counternotices should only be filed in case of a mistake or misidentification. Consulting with a lawyer first might be helpful, YouTube added. 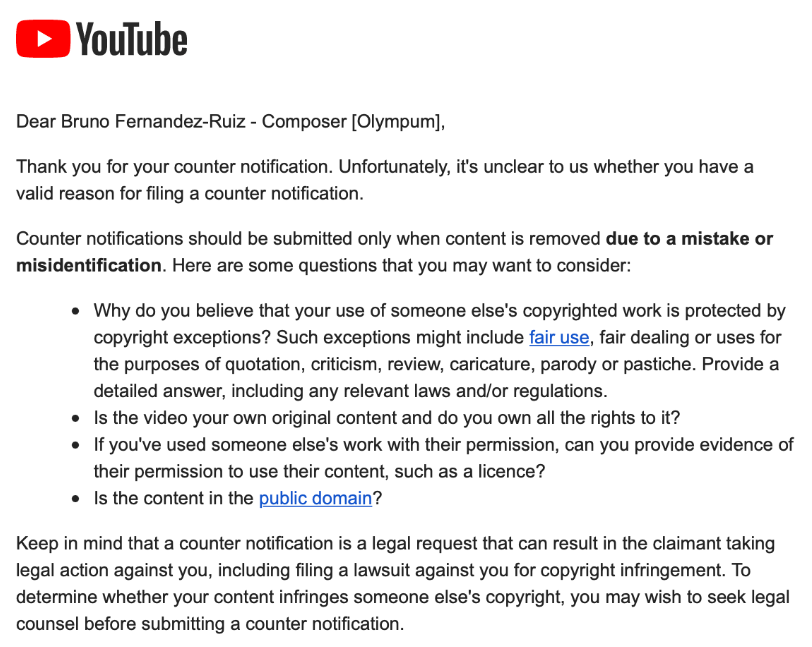 Bruno explained that his video had been “incorrectly claimed” and that “ZO’R TV is NOT the copyright holder for the content in my video” so shouldn’t be allowed to submit a takedown request.

“The content in my video is owned by Blender Studio who has the full copyright. I have a license to this content under the Creative Commons License BY 3.0,” he added, linking directly to Blender Studios’ upload on YouTube.

After three attempts to restore the video and have the copyright strike removed, YouTube responded once again. The message contained yet more disappointment for Bruno.

“Based on the information that you have provided, it appears that you do not have the necessary rights to post the content on YouTube. Therefore, we regretfully cannot honour your request,” it advised. 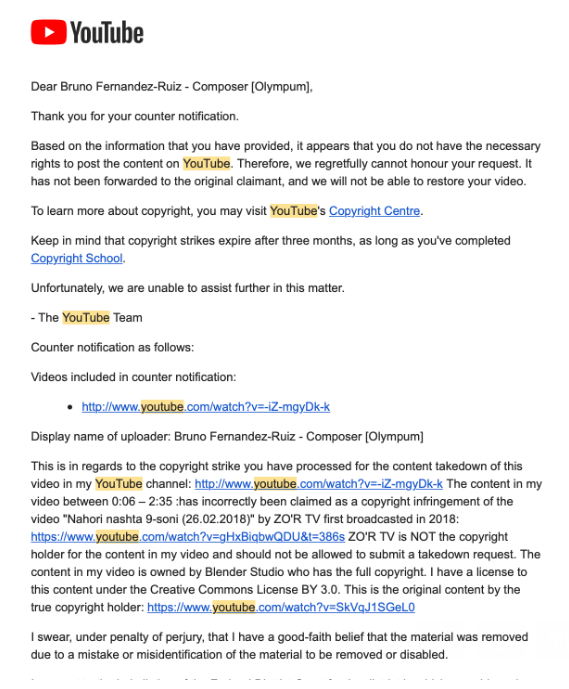 This signaled the end of the debate as far as YouTube was concerned and by rejecting Bruno’s right to send a counternotice, the platform denied him an opportunity to have the video restored, stand up for Blender’s rights, and get the strike removed.

“Respecting Copyright in a Strange Way”

Bruno is clearly unhappy with the way things have played out. In this case, at least, a Creative Commons license appears to have carried no weight. It’s possible it was completely ignored.

“I feel that the manual reviewers are respecting ‘copyright’ in a strange way, as the reviewer saw the license and ignored it, probably because it was not a commercial license, and the only thing that I feel would make them change their mind is if the works were in the public domain (which they are not and don’t need to be),” Bruno told TorrentFreak.

“Primarily, I feel this is a lack of executive understanding of this problem, mixed with a combination of lack of training and proper playbooks for the editorial specialists looking at copyright strikes to understand that open source licenses are valid licenses to copyright content.

“At the end of the day, it is money talking, big studio take downs are followed up without challenge and counter notifications ignored.”

Bruno suggests this could be tested by having Blender take down the ZO’R TV video using the Blender Studio content, but how Blender feels about this issue is currently unknown. Bruno has sent an email to Blender but at the time of writing, he’s yet to receive a response.*

Overall, Bruno is unimpressed with YouTube and its appeal process, describing it as “opaque, generic, and intimidating” while favoring large rightsholders.

“I feel we have no rights honestly, and that the DMCA achieves exactly the opposite of what it is supposed to do. There is no course of action anymore for me vs the platform, YouTube. My only option now is to take this court, but clearly I won’t since I am just an independent composer and can’t bear the legal costs.

“The process is totally asymmetric,” he concludes.

Bruno is Not Alone

The video published by ZO’R TV appeared on YouTube in March 2018 and since then has amassed 324 views. Whether the person actually watched the video is unclear, but a solitary user comment posted yesterday suggests that Bruno isn’t alone.

Hello, I sent you a copyright infringement email that you sent to my YouTube channel chANIMennel. Give feedback. The associated video is released under the copyright law of Attribution 4.0 International (CC BY 4.0) “Sharing is the copying and distribution of material in any medium or format.” You have copyrighted my channel because of a video that does not belong to you. Retract this unfair notice. (translated from original)

Thanks for notifying me of the situation. It’s very sad that Youtube does not even check for the license of content, and disrespects people who contribute to free culture and Creative Commons that way.

I need time to study the right steps though, we have no staff here available to go after situations like this, I should be busy with other things, like securing a good future for Blender.

One way that could work is that we escalate it to the Creative Commons organization. After all, it’s their mission.

Update2: YouTube has restored the original video and forwarded the counternotice to ZO’R TV. Once we have translated and assessed the associated paperwork, we’ll work on a more detailed update.