As one of the leading blog platforms, WordPress.com receives thousands of DMCA takedown requests every year.

The company is known to carefully inspect all notices and has a track record of defending its users against DMCA abuse. In addition, it regularly highlights the worst offenders in its own “Hall of Shame.”

This week WordPress.com is facing a challenge of a different kind, as a court-ordered DMCA subpoena requires them to expose the identity of a user following allegations of copyright infringement.

The user in question runs the weblog “The Devil Corp,” which is extremely critical of the marketing and sales company Smart Circle, as well as several related entities.

“This consortium profits by exploiting its employees and they’ll work you like a farm animal and give you nothing for your time,” the blog reads.

“They offer slave hours for slave wages disguised as an opportunity for financial freedom and their ‘owners’ are nothing more than professional dream sellers who’ll do anything to keep you around as long as possible. Drug dealers deserve more respect.”

These are harsh words, no doubt, but freedom of speech goes a long way in the United States. That said, it hasn’t prevented Smart Circle from targeting the blog via another route.

Late December, Smart Circle asked WordPress.com to remove various infringing images, which were copied from the company’s own website. The images in question were photos of some of Smart Circle’s key employees.

The photos were swiftly removed by WordPress, a decision the blog owner didn’t protest. Instead, he uploaded modified versions of the original, portraying the employees in a devilish manner.

“Although the inclusion of those pictures was clearly fair use, I thought it best not to trouble the justice system and instead altered them in a satirical manner,” the blogger notes. 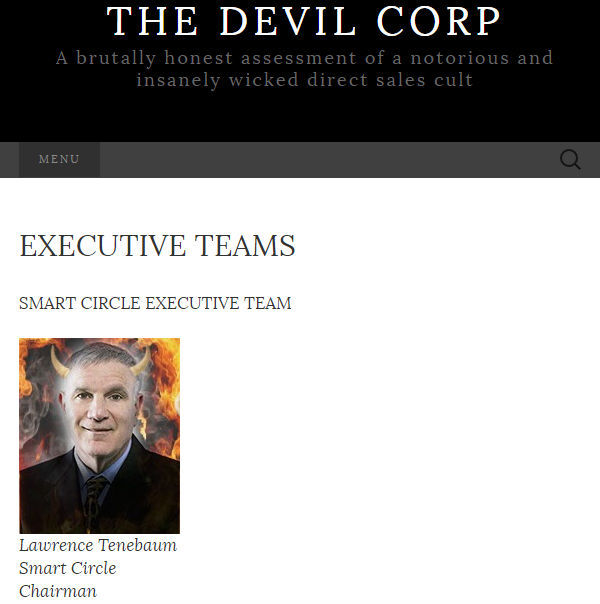 Not pleased with this decision, Smart Circle asked the court for a DMCA subpoena against the blog owner, which a clerk has now signed off on. This means that the company can compel WordPress.com to hand over the personal details of the blog owner. 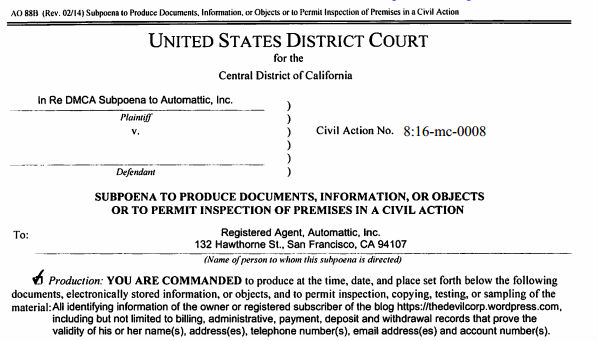 TorrentFreak contacted WordPress.com’s parent company Automattic, who inform us that they have yet to be served.

“At the time of writing we have not been served with this subpoena. If and when we are, we’ll assess the available options at that point,” the company says.

Given the fact that WordPress.com didn’t comply with the DMCA request, it’s likely that the company will protest the subpoena.

The present case is relevant considering the recent discussions about DMCA abuse. Many independent content creators and digital rights activists have complained about various forms of abuse and threats in recent weeks.

While Smart Circle hasn’t crossed the line here (from a legal perspective at least), one can doubt whether DMCA subpoenas are meant to expose critics in cases like these, where fair use appears to be a reasonable defense.