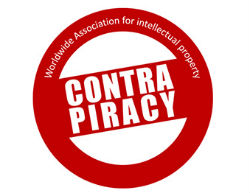 For more than two decades online piracy has been a widely debated topic in the entertainment industries.

This problem has motivated several companies to sue downloaders or target them with takedown requests, which are sometimes bundled with settlement demands to extract some money in return.

In the United States and Canada a new player recently appeared on this front. The Swiss based outfit “Contra Piracy” is targeting local Internet users with hefty fines for allegedly sharing pirated movies via BitTorrent.

The company operates in a network of law firms and anti-piracy tracking outfits such as Canipre and Logistep. The latter is banned from tracking BitTorrent users in its home country, but has been very active abroad.

Contra Piracy is working with a variety of rightsholders and TorrentFreak has seen notices for several film titles including Anger Of The Dead and Turbo Kid. It’s also the first outfit to apply this scheme for games in North America, as shown by this settlement request for “Metro: Last Light.”

These notices are sent to ISPs who then forward them to their customers, often with the settlement demand included. Internet subscribers in the U.S. and Canada are among the targets, and with proposed settlements of several hundred dollars they are significantly more expensive than competitors such as Rightscorp.

While it may appear otherwise, Contra Piracy uses DMCA or notice and takedown emails in order to contact subscribers via their ISPs. This is an easy way to get the settlement requests to thousands of alleged pirates at minimal cost but it also means that they don’t know who the subscriber is.

While copyright holders certainly have the right to protect their works, the Contra Piracy operation seems to be rather sloppy.

The company’s website is littered with spelling mistakes and grammatical errors, which becomes apparent from the following quote taken from their questions section.

“You accept all legal risk shoudl a cause of action be issued at a court of relevent jurisdiction. If a claim is issued against you, you will be required to defend that action abd you may become subject to payment of attorney fees and costs associated through poursuit of civil enforcement.”

In addition, the settlement notices are sometimes sent months after the actual infringement took place. For example, a notice received last week lists a file that was allegedly pirated last September, which means that some ISPs will not be able to link the IP-address to a customer.

Finally, Contra Piracy appears to invest very little effort in gaining credibility. The company produced a video advertising how piracy may devastate the livelihoods of filmmakers. Judging from the video below, Contra Piracy itself is low on creative resources too.

Still, the company probably generates enough income to continue its operation in the U.S. and Canada. With a minimal investment, they are able to rake in substantial revenue.

Contra Piracy isn’t completely unknown to torrenting pirates in America. The same outfit was previously involved in a classic copyright trolling case which was thrown out of court.

With the new scheme this is no longer a problem, as the takedown notice approach helps them to bypass the judicial system.