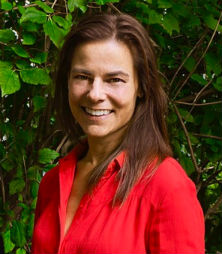 Sweden is not spared from these practices. A recent wave of threatening letters, sent out on behalf of film distributors including those behind the zombie movie Cell, targets thousands of local Internet users.

The campaign is coordinated by Danish law firm Njord Law. The company accuses people of downloading the movie without permission and demands a settlement, as is common with these copyright troll schemes.

The scope of the latest campaign is enormous as 20,000 new IP-addresses were collected. Swedish courts can order ISPs to uncover the identities of thousands of IP addresses, in a single batch. That’s quite a lot compared to the US, where the same filmmakers can target only a dozen Internet accounts at a time.

While recipients of these letters can be easily scared by the legal language and proposed 4,500 SEK [$550] settlement, not all experts are impressed.

“Do not pay. You do not even have to answer it. In the end, it’s the court that will decide whether you have to pay or not. We have seen this type of letter in the past, and only very few times those in charge of the claims have taken it to court,” Wolk tells Ny Teknik.

However, if the case does indeed move beyond a threat and goes to court then it’s important for the accused to contest the claim.

Njord Law says that it will follow up on their ‘promise’ and take people to court if they ignore their settlement requests.

Whether they have the resources to sue thousands of people is questionable though. Similarly, it remains to be seen how good an IP-address is as evidence, since it doesn’t identify a single person, just a connection.

The law firm also highlights that subscribers can be held liable even if someone else used their connection to download the film. However, professor Wolk stresses that this isn’t necessarily true.

“Someone who has an open network cannot be held responsible for copyright violations – such as downloading movies – if they provide others with access to their internet connection. This has been decided in a European Court ruling last year,” she states.

The Copyright Professor refers to the McFadden vs Sony Music ruling where the EU Court of Justice found that the operator of an open WiFi network can’t be held liable for infringements carried out by his users.

National courts have some leeway and could order someone to protect his or her WiFi connection, but this doesn’t mean that they are liable for past infringements.

It’s doubtful that Njord Law and their clients will change their tune. Not all people will read the professor’s comments and their scheme generally thrives on the easily threatened and uninformed. Still, most of the accused will probably sleep better after reading it.